Please join us for a special event with award-winning photographer Thomas Kelsey as he discusses his book  “75 Years Later – Warbirds, Airman, & Veterans of World War II" for a virtual talk on Thursday, September 3 at 6pm.

Chaucer's Events is inviting you to a scheduled Zoom meeting.

Click here for a link to the book for sale, and please check back for link to event: 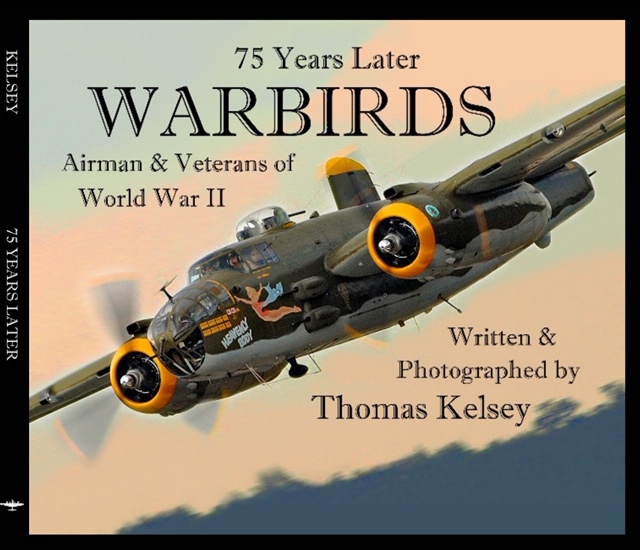 From the Author's webpage-

'75 Years Later' is a history lesson with facts, figures & photographs of the wartime effort brought to the forefront by survivors of World War II.  Here within are many incredible stories, some never told before by "The Greatest Generation" which is honored here in this 136 page hard cover book that was 34 years in the making. All gave some and some gave all.

This photo essay started in 1986 and culminates here with “75 Years Later – Warbirds, Airman, & Veterans of World War II". It includes interviews and stories of heroism and sacrifice that were made by surviving Veterans to preserve the freedoms that we enjoy today.

405,000 Americans lost their lives in WWII. As their surviving fraternity continues to dwindle, it grows even more important to pass down the stories of what they did. '75 Years Later' is an intimate portrait of a legendary group of Warbirds, Airman and Veterans, then & now, who helped shape the victory of World War II. 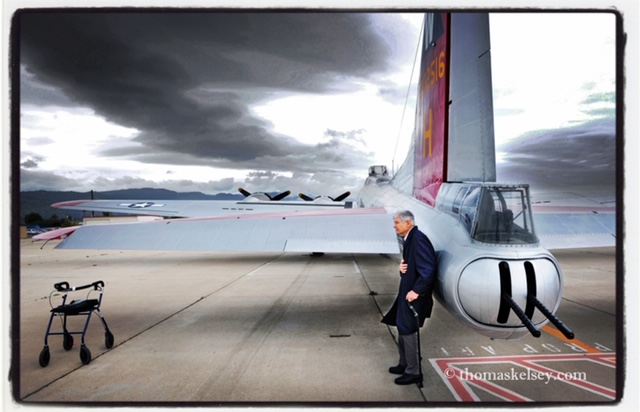 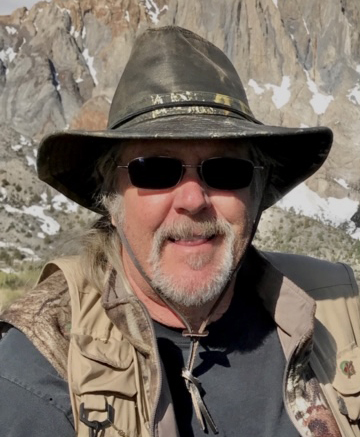 During the course of his career, Thomas Kelsey has photographed six presidents and covered many major news, feature and sporting events including being part of the National Photo Pool that covered the 1984 Olympics in Los Angeles, California. He was also part of a team that won the Pulitzer Prize for the Los Angeles Times in 1983.

Thomas Kelsey has been a staff photographer at nine different newspapers including nearly 25 years combined at the Los Angeles Times; Rocky Mountain News, in Denver, Colorado and the Press-Enterprise in Riverside, California.

He was also the Chief Photographer at the The Outdoor Channel TV network and has been published in many news magazines including Time, Life, Newsweek & Sports Illustrated among many others.