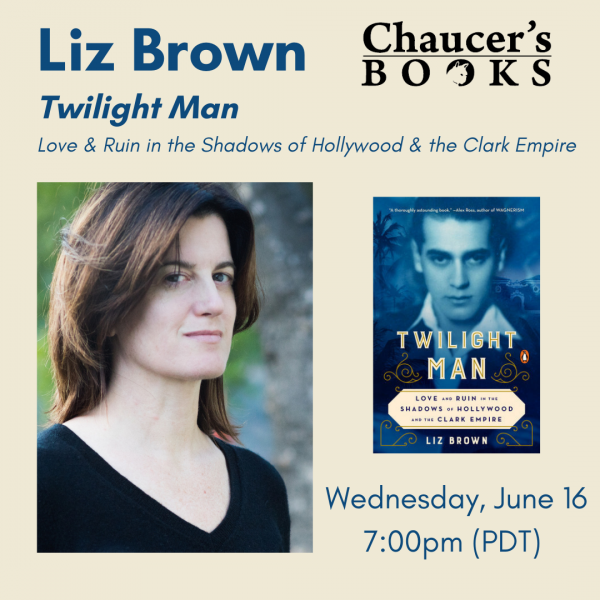 More of the Clark family (Remember EMPTY MANSIONS?) saga revealed...by one of their own in Liz Brown's detailed and enlightening book, TWILIGHT MAN: LOVE AND RUIN IN THE SHADOWS OF HOLLYWOOD AND THE CLARK EMPIRE.  Journalist Brown, who is the grandniece of William Andrews Clark,  will join Chaucer's books for what will be a highly interesting virtual talk on Zoom and YouTube live on  Wednesday, June 16 at 7 p.m. 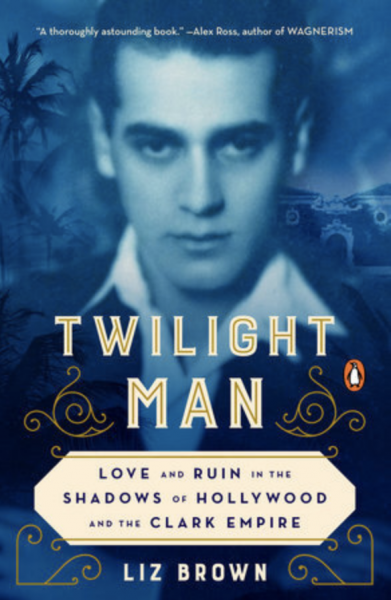 The unbelievable true story of Harrison Post–the enigmatic lover of one of the richest men in 1920s Hollywood–and the battle for a family fortune.

In the booming 1920s, William Andrews Clark Jr. was one of the richest, most respected men in Los Angeles. The son of the mining tycoon known as “The Copper King of Montana,” Clark launched the Los Angeles Philharmonic and helped create the Hollywood Bowl. He was also a man with secrets, including a lover named Harrison Post. A former salesclerk, Post enjoyed a lavish existence among Hollywood elites, but the men’s money–and their homosexuality–made them targets, for the district attorney, their employees and, in Post’s case, his own family. When Clark died suddenly, Harrison Post inherited a substantial fortune–and a wealth of trouble. From Prohibition-era Hollywood to Nazi prison camps to Mexico City nightclubs, Twilight Man tells the story of an illicit love and the battle over a family estate that would destroy one man’s life.

Harrison Post was forgotten for decades, but after a chance encounter with his portrait, Liz Brown, Clark’s great-grandniece, set out to learn his story. Twilight Man is more than just a biography. It is an exploration of how families shape their own legacies, and the lengths they will go in order to do so.

“In Twilight Man, Liz Brown uncovers a noir fairytale, a new glimpse into the opulent Gilded Age empire of the Clark family.” —Bill Dedman, co-author of The New York Times bestseller Empty Mansions: The Mysterious Life of Huguette Clark and the Spending of a Great American Fortune 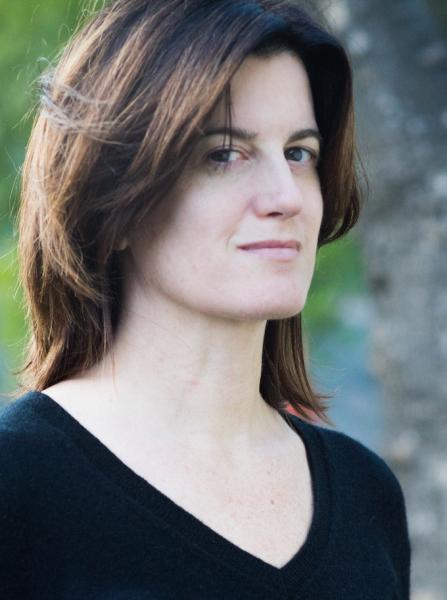 Twilight Man: Love and Ruin in the Shadows of Hollywood and the Clark Empire (Paperback)