Virtual Author Discussion with Lisa Hendrickson (Burning the Breeze: Three Generations of Women in the American West) in conversation with David MacAnally.

Please join us for an author talk with Lisa Hendrickson (Burning the Breeze: Three Generations of Women in the American West) on Thursday, October 28 at 7 p.m. (Pacific).  She will be in conversation with David MacAnally. 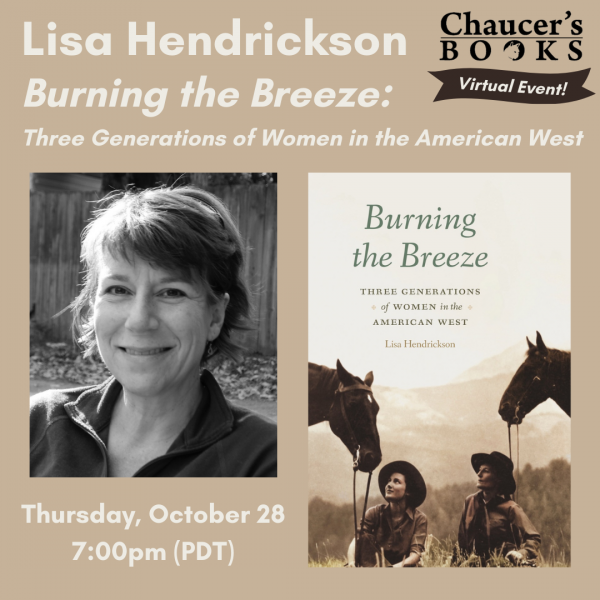 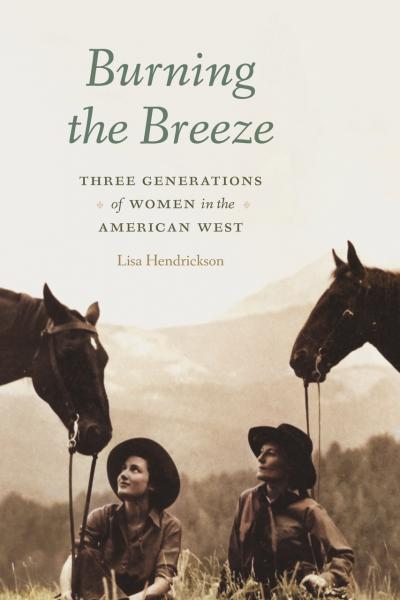 In the middle of the Great Depression, Montana native Julia Bennett arrived in New York City with no money and an audacious business plan: to identify and visit easterners who could afford to spend their summers at her brand new dude ranch near Ennis, Montana. Julia, a big-game hunter whom friends described as “a clever shot with both rifle and shotgun,” flouted gender conventions to build guest ranches in Montana and Arizona that attracted world-renowned entertainers and artists.

Bennett’s entrepreneurship, however, was not a new family development. During the Civil War, her widowed grandmother and her seven-year-old daughter—Bennett’s mother—set out from Missouri on a ten-month journey with little more than a yoke of oxen, a covered wagon, and the clothes on their backs. They faced countless heartbreaks and obstacles as they struggled to build a new life in the Montana Territory.

Burning the Breeze is the story of three generations of women and their intrepid efforts to succeed in the American West. Excerpts from diaries, letters, and scrapbooks, along with rare family photos, help bring their vibrant personalities to life. 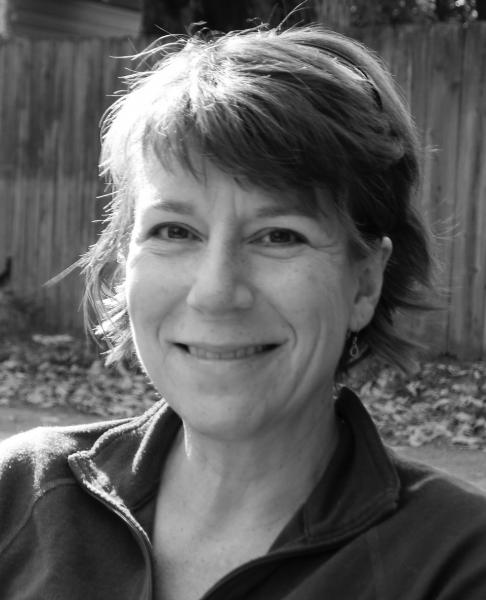 Lisa Hendrickson is an award-winning writer, editorand communications professional based in Indianapolis. She is the author of Burning the Breeze: Three Generations of Women in the American West, published by University of Nebraska Press.

She also edited a series of three books on Indiana’s 200th anniversaryfor the Indiana Bicentennial Commission and co-authored, with Dick Hall,Kiritsis and Me: 63 Hours at Gunpoint. Her articles havebeen published in the Indiana Historical Society magazineTraces, Montana Historian magazine and many other publications.

"Women's history buffs will find plenty of drama and adventure in this thoroughly researched account of how one family's 'spirit of resilience' helped form the character of the American West."—Publishers Weekly

“[A] remarkable blend of history and biography. There’s a Ken Burns or Willa Cather–like feel of both intimacy and sweep to the storytelling, and a touch of the heroic. When I finished reading, I felt not only as though I knew these women (and was inspired by them) but that I had a deeper understanding of American history.”—Susan Neville, author of Fabrication: Essays on Making Things

“Only enormously gifted women could have won the contest between financial disaster and hard-earned success. This book is a wonderful read. You won’t be saddle sore, but you will be thrilled by the ride.”—Pierce C. Mullen, professor emeritus of history at Montana State University

“Julia Bennett sure did ‘burn the breeze’ as she rode at full speed though a long life. . . . [Hendrickson] vividly portrays the ups and downs of a remarkable woman, sprinkled with a dash of scandal.”—James H. Madison, professor emeritus of history at Indiana University

“Hendrickson meticulously fleshes out the larger-than-life Bennett, a woman who overcomes financial woes to set up and operate early dude ranches, catering to elite and monied early twentieth-century blue-blood Americans seeking diversion and adventure in the West.”—Betsy Gaines Quammen, author of American Zion: Cliven Bundy, God, and Public Lands in the West

Lisa was awarded a grant from the Matthew Hansen Wilderness Society, based in Missoula, Montana, to research her latest book,Burning the Breeze. She holds B.A. degrees in English composition and French from DePauw University and is a member of Phi Beta Kappa.

Burning the Breeze: Three Generations of Women in the American West (Paperback)