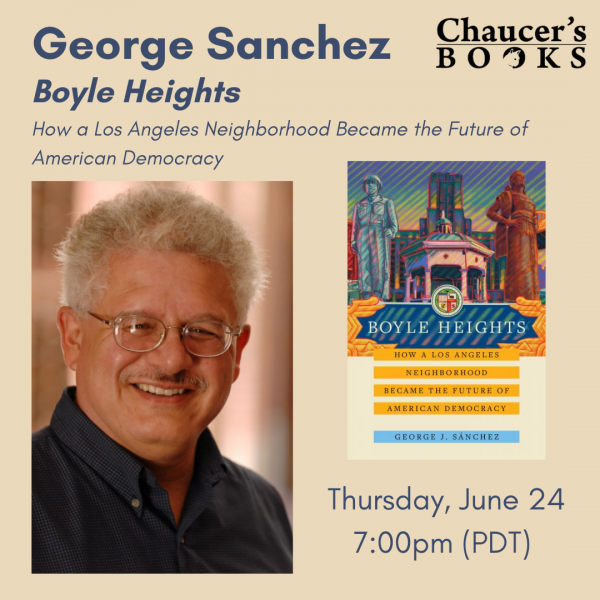 USC professor George Sanchez joins Chaucer's to talk about his book BOYLE HEIGHTS: HOW A LOS ANGELES NEIGHBORHOOD BECAME THE FUTURE OF AMERICAN DEMOCRACY on Thursday, June 24 at 7 pm (Pacific). 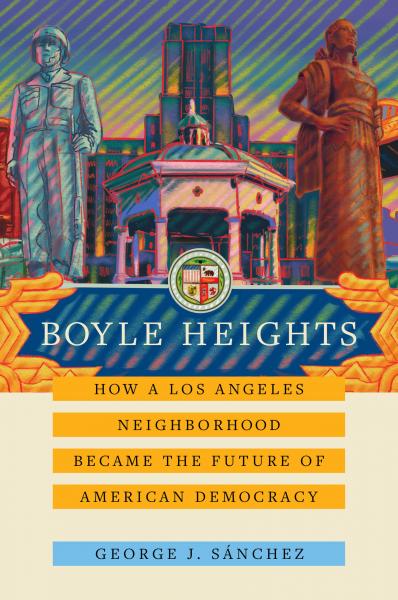 BOYLE HEIGHTS: HOW A LOS ANGELES NEIGHBORHOOD BECAME THE FUTURE OF AMERICAN DEMOCRACY

The radical history of a dynamic, multiracial American neighborhood.

“When I think of the future of the United States, and the history that matters in this country, I often think of Boyle Heights.”—George J. Sánchez

The vision for America’s cross-cultural future lies beyond the multicultural myth of the "great melting pot." That idea of diversity often imagined ethnically distinct urban districts—the Little Italys, Koreatowns, and Jewish quarters of American cities—built up over generations and occupying spaces that excluded one another. But the neighborhood of Boyle Heights shows us something altogether different: a dynamic, multiracial community that has forged solidarity through a history of social and political upheaval.

Boyle Heights is an in-depth history of the Los Angeles neighborhood, showcasing the potent experiences of its residents, from early contact between Spanish colonizers and native Californians to the internment of Japanese Americans during World War II, the hunt for hidden Communists among the Jewish population, negotiating citizenship and belonging among Latino migrants and Mexican American residents, and beyond. Through each period and every struggle, the residents of Boyle Heights have maintained remarkable solidarity across racial and ethnic lines, acting as a unified polyglot community even as their tribulations have become more explicitly racial in nature. Boyle Heights is immigrant America embodied, and it can serve as the true beacon on a hill toward which the country can strive in a time when racial solidarity and civic resistance have never been in greater need. (From the University of California Press) 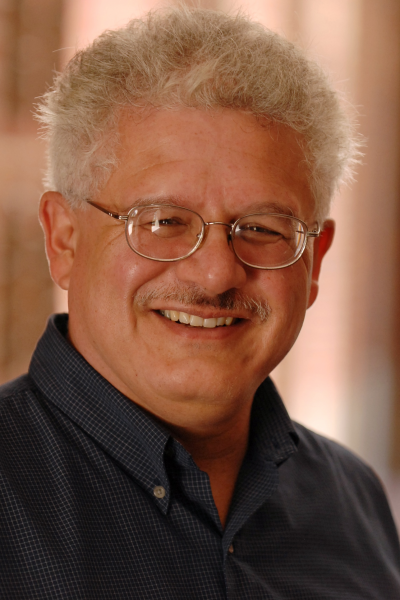 George J. Sánchez is the author of the award-winning book Becoming Mexican American and is Professor of American Studies and Ethnicity and History at the University of Southern California. He is the 2020–2021 President of the Organization for American Historians.