Q and A with author Eric Nusbaum, author of STEALING HOME: LOS ANGELES, THE DODGERS AND THE LIVES CAUGHT IN BETWEEN 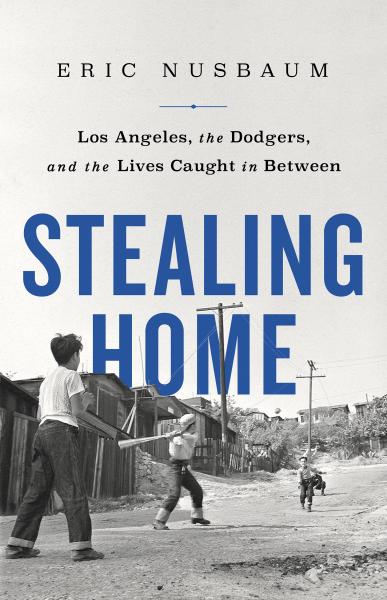 Since Dodger Stadium opened in 1962, four years after owner Walter O'Malley moved the club from Brooklyn, it has become an oasis of sorts, welcoming millions of visitors to root for the home team from its brightly colored blue, yellow and orange seats, where millions have consumed vast quantities of Dodger Dogs, while listening to the soothing voice of legendary announcer Vin Sully piped in over radios throughout the park with pleasant organ music playing as a virtual soundtrack to this sports spectacle.

Fifty-eight years later, as the third oldest Major League ballpark (behind only Boston's Fenway Park and Chicago's Wrigley Field), the still beautiful stadium, complete with stunning twilight views of the San Gabriel Mountains on one side, and the city's skyline on the other, remains not only a sporting arena, but a bucket list destination for fans and non alike.

Yet much less known is that all this beauty was begat by an ugly beginning, which is vividly retold in with great detail and humanity by Eric Nusbaum via his new book STEALING HOME: LOS ANGELES, THE DODGERS AND THE LIVES CAUGHT IN BETWEEN. Originally scheduled for a signing at Chaucer's this spring before all of our lives have been altered due to the Coronavirus, Eric graciously agreed to discuss a few aspects of his book with us.  Michael Goro Takeuchi

Eric Nusbaum recounts one of the great civic dramas in American history. Driven by corruption, communism, misguided idealism, displacement, grand visions, evil schemes, and the mystic power of baseball— this is a story rooted in Manifest Destiny and the human costs of ambition. Ultimately it is the story of a family caught within the grasp of it all.

The hills that now cradle Dodger Stadium were once home to three vibrant Mexican American communities. However, in the early 1950s, those communities were condemned to make way for a utopian public housing project. Then, in a remarkable turn, public housing in Los Angeles was defeated amidst a Red Scare conspiracy. Instead of getting their homes back, the remaining residents saw the city sell their land to Walter O’Malley, the owner of the Brooklyn Dodgers. Now LA would be getting a different sort of utopian fantasy—a glittering, ultra-modern stadium. But before Dodger Stadium could be built, the city would have to face down the neighborhood’s families—including one, the Aréchigas, who refused to yield their home. The ensuing confrontation captivated the nation.

In his book, Nusbaum seeks answers to questions that cut across American history and into the present about power, family, and who is allowed to claim this country as their own. By offering both an intimate portrayal of its protagonists, and a sweeping impression of Los Angeles, STEALING HOME is a vibrant work that tells a powerful story about how our ideals can betray us, and the people who pay the price when they do.

Chaucer's Books (CB) You were born and raised in Los Angeles, I am assuming you have Dodgers memories. As a child, what stood out in your mind about the Dodgers and its stadium?

Eric Nusbaum (EN) When I was a kid, everything about Dodger Stadium had this surreal and magical quality. Even the drive to get there through terrible traffic was always full of anticipation for me. It was to the point where I associated other LA landmarks with Dodger games because I would pass them on my way there, like the orchestra murals off the 110 downtown. I always loved the wavy roofs over the outfield pavilions, and loved driving into the parking lot under those big gates and loved the first look at the grass when you walked in.

CB-How old were you when you first knew about the story of Chavez Ravine?

EN- I learned about it for the first time as a junior in high school. But I still feel like I’m learning new things about it every day.

CB-Frank Wilkinson, who later became one of the main storylines for "Stealing Home", came to speak at your high school in 2002 and it obviously stayed with you over the years. When did you get the idea that this story should be a book?

EN- There wasn’t necessarily one single moment. I think it came slowly, along with the realization that I really wanted to “be a writer.” The story just called to me on a gut level -- and still does. I cared deeply and found myself endlessly curious about it. It scared me, but I always knew I wanted to write about it.

CB- I've always wanted to read about this story in more detail, but until now, there has been no book to encompass all of the aspects of this story together-the baseball perspective, the desired public housing, Los Angeles' political machinations, and of course the plight of the displaced. You managed to eloquently weave together a book in a unique style that was informative, entertaining, and personal.

Can you expand on the last of these three, on how you went about writing the humanistic aspect of the subjects like the Arechiga's and Frank Wilkinson?

EN- First of all, thank you. That’s extremely kind.

I think the book really begins and ends with the personal. That’s what interests me above all else as a writer. In this situation, I was really curious about how these individuals responded to the extraordinary circumstances that they were caught up in. Most of us never find ourselves being tossed around in the ocean of history like Frank and the Arèchigas. How would we react if we did? I was fascinated by the way a story that was really decades, or even centuries in the making, really came down to the actions of a handful of individuals, and the choices they made. I wanted to try and represent those choices, and the lives of the people I wrote about as intimately and accurately as I could.

CB- Were there any particular challenges you encountered while writing this book? Was it difficult to get the cooperation of the Arechigas and Wilkinsons?

EN- There were a lot of challenges! I certainly had to earn the trust of members of both families. It’s also worth stating that the families consist of individuals, each with their own questions, concerns, and ideas about the events themselves, and about how I might write about them. Not everybody spoke to me, but I am very grateful to those who did.

It was also a great challenge trying to understand and then explain mid-century LA politics. They were really complex -- and this particular issue involved a lot of shifting alliances and pretty wild swings in public opinion. I’m grateful to scholars like Don Parson, Dana Cuff, and Jerald Podair who who have done great work on issues of housing and development, LA politics, and of course Dodger Stadium.

CB- Thanks in large part to marketing my MLB and the club, the Dodgers are famously known as the club who gave us Jackie Robinson, and to a lesser extent Fernandomania and Nomomania has this kind of history behind it. Although the Dodgers were not directly involved with this mass displacement, they were willing participants in the process. Is this something that the establishment would prefer be forgotten?

EN- I don’t think the Dodgers like talking about this. But to be fair, I don’t think the city likes talking about this either. I think they should both rectify that. This happened. Acting as if it didn’t is not going to change the reality. It would go a long way for the Dodgers to recognize their role in this saga, and for the city of LA to do the same. The Dodgers don’t have a perfect record as a club in terms of making all the most progressive choices -- no club does, that’s why there was a color barrier until 1947. I don’t think fans expect perfection. But a good faith effort would be a great place to start.

EN- I think now is actually a great time to discuss this. What I would also say is that I’m not the person who should decide how to discuss this. In my opinion, those terms should be dictated by the people whose displacement led to the construction of Dodger Stadium, and their descendants. The communities of Palo Verde, La Loma, and Bishop remain organized even decades later with events like the annual Los Desterrados picnic, and with activist groups like Buried Under the Blue. I hope there’s a conversation soon about this history, and I hope that what follows are real amends being made.

CB- I would be remiss if I didn't mention what is going on today. Although it appears your writing is not limited to sports, you definitely have a strong connection to it. That said, how are you feeling about and coping with not having any sports to follow?

I miss sports, especially baseball. I miss them a lot. I think I’m coping the same way everyone else is: one day at a time. What I fear is that baseball (and other sports) will come back in a reckless way, where the product isn’t great, and the risk factor is high. One thing I write about in Stealing Home is the way that businessmen and politicians have used baseball as a means to an end -- essentially for propaganda and boosterism over the years. I fear that this is happening again.

Eric Nusbaum is a writer and former editor at VICE. His work has appeared in Sports Illustrated, ESPN the Magazine, The Daily Beast, Deadspin, and the Best American Sports Writing anthology. Born and raised in Los Angeles, he has also lived and worked in Mexico City, New York, and Seattle. He now lives in Tacoma, Washington with his family. 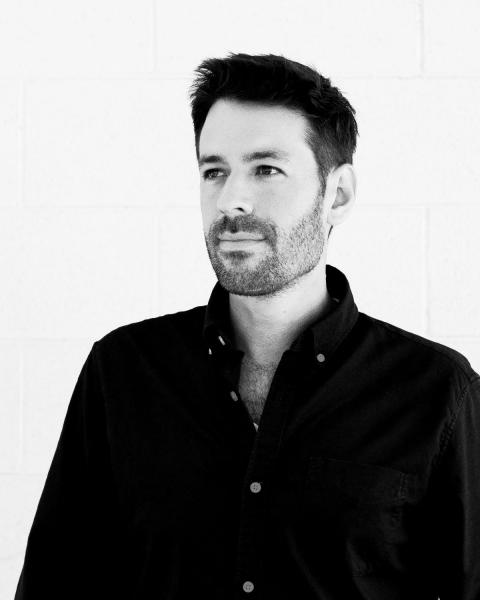