There was a time, not so long ago, when magnificent herds of wild horses roamed happy and free across the American landscape. No longer. These wild horses are now an endangered species, a vanishing American treasure. Photographer Deborah Kalas is determined to save them. For five years, and through every season, Deb photographed the wild herds of the Theodore Roosevelt National Park, up in North Dakota, capturing their power and beauty and also their human-like interactions. The result is both a stunning photo portfolio and an eloquent call to action: for us as a people to find the resolve to save these horses as what they represent: a true American treasure, now in danger.-Val de Grace Books

"Deborah is one of those photographers whose work embodies the deep love and passion for her equine subjects, and her commitment to sharing her vision and knowledge of these horses knows no bounds." - Tony Stromberg, Equestrian Magazine 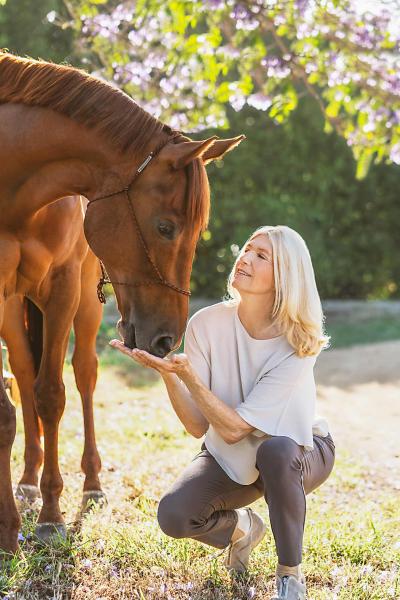 Local resident Deborah Kalas  began photographing at a young age, working under the tutelage of renowned photographers Michael A. Smith and Larry Fink before honing her skills with Walter Rosenblum at Brooklyn College where she earned a Masters degree in Fine Arts. her documentary photography was featured in Life Magazine, People and New York Magazine and at the Jacques D'Amboise National Dance Institute and The National Council on Aging. In addition, her work has been exhibited in various museums and galleries. While dividing her time between The Hamptons and Santa Barbara,  her heart also remains in North Dakota, in the fields and buttes of the Theodore Roosevelt National Park, running wild and free with the glorious herds.