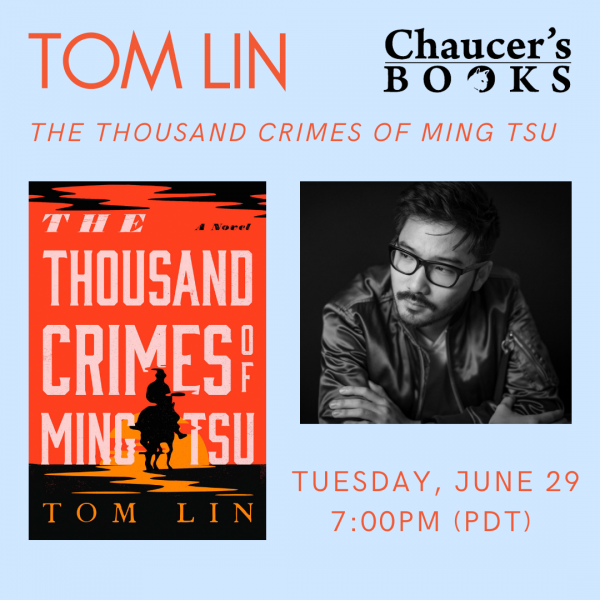 Please join us on Tuesday June 29 at 7 p.m. (Pacific) for a virtual Chaucer's Chat with debut novelist Tom Lin (THE THOUSAND CRIMES OF MING TSU)! 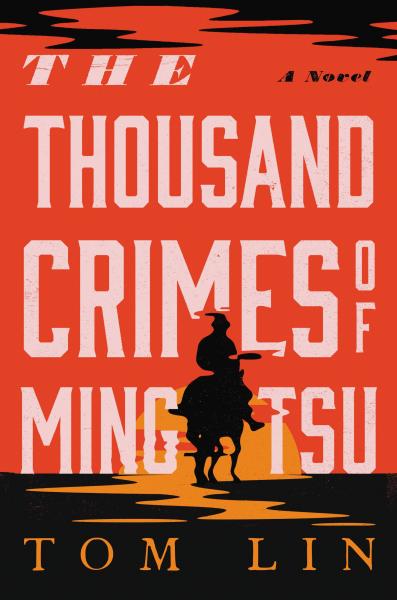 An astounding debut that reimagines the classic Western through the eyes of a Chinese American assassin on a quest to rescue his kidnapped wife and exact his revenge on her abductors, and “declares the arrival of an astonishing new voice” (Jonathan Lethem).

Orphaned young, Ming Tsu, the son of Chinese immigrants, is raised by the notorious leader of a California crime syndicate, who trains him to be his deadly enforcer. But when Ming falls in love with Ada, the daughter of a powerful railroad magnate, and the two elope, he seizes the opportunity to escape to a different life. Soon after, in a violent raid, the tycoon’s henchmen kidnap Ada and conscript Ming into service for the Central Pacific Railroad.

Battered, heartbroken, and yet defiant, Ming partners with a blind clairvoyant known only as the prophet. Together the two set out to rescue his wife and to exact revenge on the men who destroyed Ming, aided by a troupe of magic-show performers, some with supernatural powers, whom they meet on the journey. Ming blazes his way across the West, settling old scores with a single-minded devotion that culminates in an explosive and unexpected finale.

Written with the violent ardor of Cormac McCarthy and the otherworldly inventiveness of Ted Chiang, The Thousand Crimes of Ming Tsu is at once a thriller, a romance, and a story of one man’s quest for redemption in the face of a distinctly American brutality.

"In Tom Lin’s novel, the atmosphere of Cormac McCarthy’s West, or that of the Coen Brothers’ True Grit, gives way to the phantasmagorical shades of Ray Bradbury, Charles Finney’s The Circus of Dr. Lao, and Katherine Dunn’s Geek Love. Yet The Thousand Crimes of Ming Tsu has a velocity and perspective all its own, and is a fierce new version of the Westward Dream." —Jonathan Lethem, author of Motherless Brooklyn 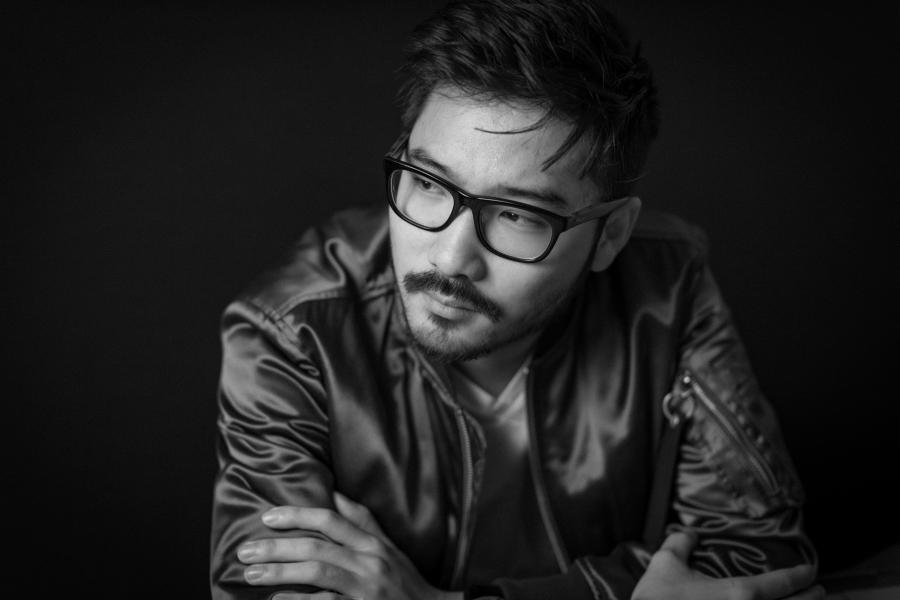 Tom Lin was born in China and immigrated to the United States when he was four. A graduate of Pomona College, he is currently in the PhD program at the University of California, Davis. This is his first novel.