Abstract Art Collective Virtual Art Talk With Marilyn Chase, Author of EVERYTHING SHE TOUCHED: THE LIFE OF RUTH ASAWA

On Friday, July 10 at 11 am PT, author Marilyn Chase will discuss her current book, Everything She Touched: The Life of Ruth Asawa (Chronicle Books). Register for the Abstract Art Collective's Virtual Art Talk With Marilyn Chase by contacting aacpublicrelations@gmail.com. 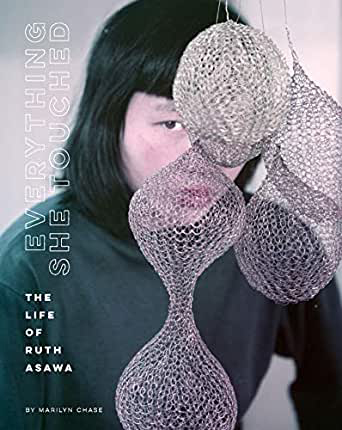 AAC’s Art Talk is part of a series of virtual events presented to the community at large. Upcoming virtual events include an online gallery show in partnership with ArtSEE and the Bronfman Family Jewish Community Center scheduled to open July 15, 2020 and runs through September 15, 2020.

*While this is not an official Chaucer's author talk, we are glad to be supporting the Abstract  Art Collective's latest event!  Michael Takeuchi, Events Coordinator, Chaucer's Bookstore

Everything She Touched recounts the incredible life of the American sculptor Ruth Asawa.

This is the story of a woman who wielded imagination and hope in the face of intolerance and who transformed everything she touched into art. In this compelling biography, author Marilyn Chase brings Asawa's story to vivid life. She draws on Asawa's extensive archives and weaves together many voices—family, friends, teachers, and critics—to offer a complex and fascinating portrait of the artist.

Born in California in 1926, Ruth Asawa grew from a farmer's daughter to a celebrated sculptor. She survived adolescence in the World War II Japanese-American internment camps and attended the groundbreaking art school at Black Mountain College. Asawa then went on to develop her signature hanging-wire sculptures, create iconic urban installations, revolutionize arts education in her adopted hometown of San Francisco, fight through lupus, and defy convention to nurture a multiracial family.

Ruth Asawa forged an unconventional path in everything she did—whether raising a multiracial family of six children, founding a high school dedicated to the arts, or pursuing her own practice independent of the New York art market.

Her beloved fountains are now San Francisco icons, and her signature hanging-wire sculptures grace the MoMA, de Young, Getty, Whitney, and many more museums and galleries across America.-via Chronicle Books 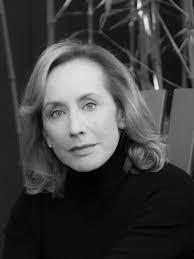 Graduating with honors in English literature from Stanford University, Chase earned a Master’s degree in journalism from the University of California, Berkeley.

After more than two decades as a reporter and columnist for The Wall Street Journal, focusing on health science, she returned to independent writing and teaching.  She has taught narrative writing at her alma mater Stanford, as well as news, health, business and narrative writing as a Continuing Lecturer for her grad school at U.C. Berkeley.

Her previous book, The Barbary Plague: the Black Death in Victorian San Francisco, told the struggle of a young public health doctor to quell an outbreak of bubonic plague and treat patients in the city’s Chinatown in 1900 against backdrop of virulent racism, scapegoating and epidemic coverup by politicians and big business.

Chase’s current book, Everything She Touched: the Life of Ruth Asawa, tells the story of a determined young artist who rebounds after being imprisoned in WWII for her Japanese American roots. Rejecting victimhood, she makes sculpture of unsurpassed originality and enhances the lives of thousands of children by infusing art into the public schools. While distinct, Asawa’s story taps into a fundamental theme present in Chase’s earlier work.  Both recount a hero’s journey in arts or sciences, prevailing over ignorance and oppression to heal, to create and to make us all heirs to a more beautiful and humane world.

Chase is married to physician Randolph Chase.  She lives in San Francisco.-via Marilynchase.com

The Abstract Art Collective (AAC) is a Santa Barbara community-based group of artists who organized in 2011 to exhibit their work in an all-abstract environment. The AAC has exhibitions at various local venues including Channing Peake Gallery, the Faulkner Gallery, and the Bronfman Family Jewish Community Center. The AAC is working in partnership with the Squire Foundation, a non-profit empowerment foundation dedi-cated to civic and educational programs for artists, curators and other creative people. Please visit abstractartcollective.com, or follow us on Facebook at facebook.com/ab-stractartcollective and Instagram at @aacgallery.

Everything She Touched: The Life of Ruth Asawa (Hardcover)