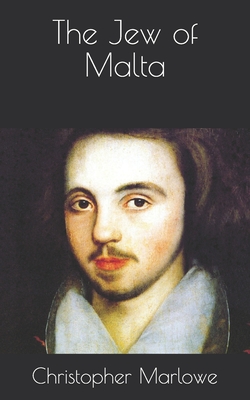 By Christopher Marlowe
$8.79
This title is likely Out of Print or otherwise unavailable

Christopher Marlowe (1564-93) was an English playwright and poet, who through his establishment of blank verse as a medium for drama did much to free the Elizabethan theatre from the constraints of the medieval and Tudor dramatic tradition. His first play Tamburlaine the Great, was performed that same year, probably by the Admiral's Men with Edward Alleyn in the lead. Marlowe's most famous play, The Tragical History of Doctor Faustus, based on the medieval German legend of the scholar who sold his soul to the devil, was probably written and produced by 1590, although it was not published until 1604. Marlowe was killed in a London tavern in May 1593. Although Marlowe's writing career lasted for only six years, his four major plays make him easily the most important predecessor of Shakespeare. Chloe Preedy completed her PhD on religious conflict in the works of Christopher Marlowe at the University of York, before joining the Faculty of English at Cambridge, where she teaches, specialising in Shakespeare and early modern drama. She is a Fellow of Lucy Cavendish College. Bill Sherman is Head of Research at the Victoria & Albert Museum and Professor of Renaissance Studies at the University of York. He was Director of the Centre for Renaissance & Early Modern Studies (CREMS) from its creation in 2005 to 2011, and Associate Editor of Shakespeare Quarterly from 2001 to 2012. He has held visiting positions at Caltech, Queen Mary (University of London) and Keio University (Tokyo), and fellowships at the Folger, Huntington, New York Public Library, National Maritime Museum and Bard Graduate Center. He has received grants from the NEH, AHRC, Mellon Foundation and Bibliographical Society and has served on a range of boards, trusts and councils on both sides of the Atlantic.