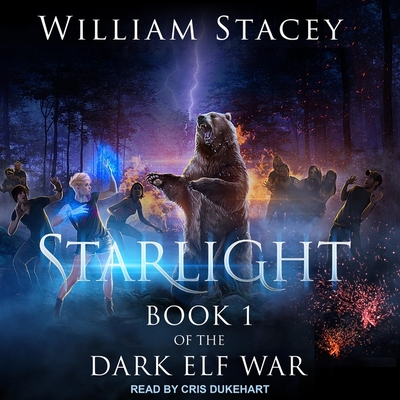 By Cris Dukehart (Read by), William Stacey
$24.99
This title is likely Out of Print or otherwise unavailable

A secret power. The revival of magic. An ancient evil stirs. Twenty-year-old university dropout Cassie Rogan has returned to her small British Columbia home. Tortured by an accident that killed her parents, she drifts, failing life at every turn. When an impossibly localized lightning storm hits the surrounding forest, Cassie discovers her supernatural side. After centuries of atrophy, the forces of magic are flowing back into our world, and Cassie can wield arcane powers. Her life seems destined to turn around, until the downside of magic brings everything to a screeching halt. Horrifying mythical beasts now prowl the northern wilderness--including the Basilisk--an enormous eight-legged lizard that can turn its prey to stone. Recruited by a secretive agency, Cassie must quickly master her powers to protect mankind. As she develops her skills, a dark power secretly watches from the shadows. The Fae Seelie (a.k.a. the Dark Elves)--humanity's ancient enemy--have returned to settle the score. Contains mature themes.