The Birch Grove and Other Stories (Paperback) 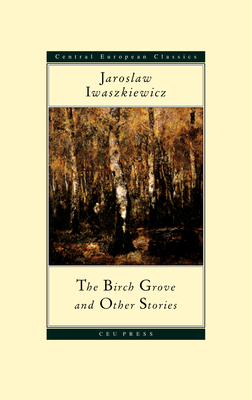 Jaroslaw Iwaszkiewicz's work is familiar to every Polish reader, yet remains unknown to the outside world. The stories in this selection were all written in the 1930s, and provide an extraordinary evocation of Poland's first brief era of independence between the wars. They are also timeless sonatas of love and loss.

In 'A New Love', Iwaszkiewicz uses masterful brevity to take a wry, comical look at the illusion of romance from the viewpoint of a jaded, cynical lover. One of his best-known works, 'The Wilko Girls', tells of a middle-aged man's quest to recover his lost youth in the aftermath of the First World War, which has left him psychologically scarred. He travels to the scene of his pre-war summer holidays in the eastern borderlands, where he renews his friendship with the fascinating sisters whom he knew when they were girls. But no one is the same and nothing can be as it was.

'The Birch Grove' is the moving story of a woodsman who, spiritually destroyed by the death of his wife, has buried himself away in an isolated forest. When his lively younger brother unexpectedly comes to stay, his self-centred peace is disrupted. But his brother has come home to die. The lives of two young men, one a deeply religious poet, the other a sceptical, worldly estate owner, are touchingly contrasted in 'The Mill on the River Utrata'. Confirming these stories' central place in Polish cultural history, 'The Wilko Girls' and 'The Birch Grove' were made into classic films by Andrzej Wajda, Poland's leading director.

Jaroslaw Iwaszkiewicz (1894-1980) was one of Poland's outstanding twentieth-century writers. Best remembered for his novels and stories, he also wrote poetry, plays and essays. He was an active participant in Warsaw's cultural life between the wars as a member of the Skamander group of poets. During the wartime occupation he helped a number of writers and artists to hide. After the war he was editor of Poland's leading literary journal, and chairman of the Polish Writers Union.