The British General Election of 2019 (Paperback) 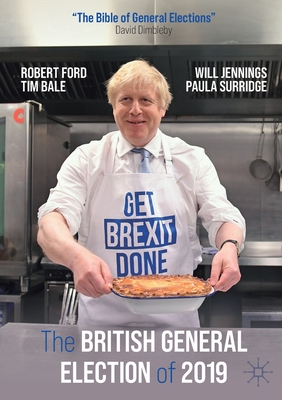 Chapter 1: The Calling of the Election - (guest author Philip Cowley)

Chapter 3: From May to Johnson: The Conservatives

Chapter 4: The Man Who Wasn't There: Labour

Chapter 5: A New Hope? The Liberal Democrats and others

Chapter 6: Between a Rock and a Hard Place: Politics in the Devolved Nations (guest authors Ailsa Henderson, Roger Scully and Jon Tonge)

Chapter 13: The British voter in 2019: an individual level analysis

Chapter 15: The Election in Retrospect