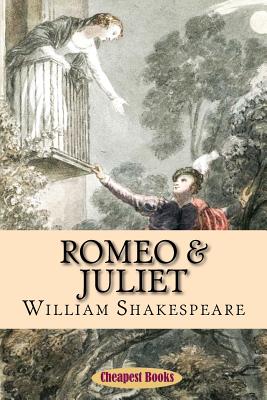 "Romeo and Juliet" is a tragic play written early in the career of William Shakespeare about two teenage "star-cross'd lovers" whose untimely deaths ultimately unite their feuding households. It was among Shakespeare's most popular plays during his lifetime and, along with Hamlet, is one of his most frequently performed plays. Today, the title characters are regarded as archetypal "young lovers" PROLOGUE: Two households, both alike in dignity, In fair Verona, where we lay our scene, From ancient grudge break to new mutiny, Where civil blood makes civil hands unclean. From forth the fatal loins of these two foes A pair of star-cross'd lovers take their life; Whole misadventured piteous overthrows Do with their death bury their parents' strife. The fearful passage of their death-mark'd love, And the continuance of their parents' rage, Which, but their children's end, nought could remove, Is now the two hours' traffic of our stage; The which if you with patient ears attend, What here shall miss, our toil shall strive to mend.

William Shakespeare (1564 -1616) was an English poet and playwright, widely regarded as the greatest writer in the English language and the world's preeminent dramatist. He is often called England's national poet and the "Bard of Avon" (or simply "The Bard"). His surviving works consist of 38 plays, 154 sonnets, two long narrative poems, and several other poems. His plays have been translated into every major living language, and are performed more often than those of any other playwright.