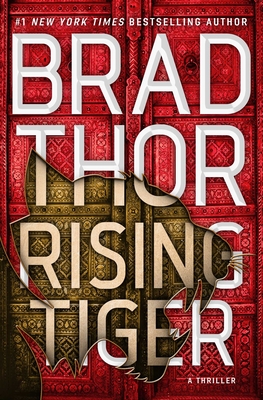 This is book number 21 in the The Scot Harvath Series series.

High in the Himalayas, armed with a host of barbaric, improvised weapons, Chinese troops ambush a contingent of highly decorated Indian soldiers. The brutal, hand-to-hand combat lasts for over six hours, destabilizing the already tenuous relationship between the two nuclear neighbors.

But when a covert American diplomat tasked with negotiating an Asian version of NATO is murdered on the streets of Jaipur, doing nothing is no longer an option. It is time to unleash Scot Harvath.

As America’s top spy, Harvath has the unparalleled skills and experience necessary to handle any situation, but this mission feels different.

Thrust into a completely unfamiliar culture, with few he can trust, the danger begins to mount the moment he lands in India. Amidst multiple competing forces and a host of deadly agendas, it is nearly impossible to tell predator from prey.

With democracy itself hanging in the balance, Harvath will risk everything to untangle the explosive plot and bring every bad actor to justice.

Brad Thor is the #1 New York Times bestselling author of twenty-two thrillers, including Black Ice, Near Dark (one of Suspense Magazine’s Best Books of the Year), Backlash (nominated for the Barry Award for Best Thriller of the Year), Spymaster (“One of the all-time best thriller novels” —The Washington Times), The Last Patriot (nominated Best Thriller of the Year by the International Thriller Writers association), and Blowback (one of the “Top 100 Killer Thrillers of All Time” —NPR). Visit his website at BradThor.com and follow him on Facebook at Facebook.com/BradThorOfficial and on Twitter @BradThor.

"Brad Thor is the greatest political thriller novelist ever. Trust me, don’t miss this book."
— The Real Book Spy

"An intense, eye-opening thriller that is head and shoulders above anything else like it on the market."
— Bookreporter.com

“Un-freaking-believable – It’s now a word in Webster’s because of this book!”
— The Crew Reviews

“Thriller fans of all stripes will devour this book!”
— Best Thriller Books

"A relentless and riveting page-turner."
— Jon Land's The Thrill List

"A riveting, roller coaster ride unlike any you’ve been on."
— The Epoch Times