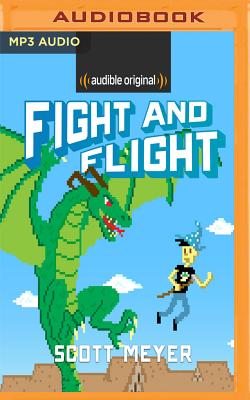 By Scott Meyer, Luke Daniels (Read by)
$14.99
This title is likely Out of Print or otherwise unavailable

Martin and his friends discovered that their world is computer generated and that by altering the code, they could alter reality. They traveled back in time to Medieval England to live as wizards. Almost everything they've done since then has, in one way or another, blown up in their faces.

So of course they decide to make dragons. It does not go well.

But their biggest challenge may be a young girl who knows that the wizards created the dragons and is determined to make them pay. On her side she has powerful allies, a magical artifact, and a faithful if not particularly helpful dog.