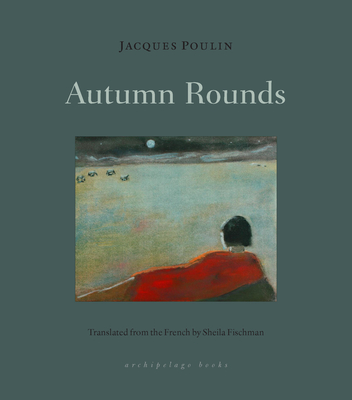 By Jacques Poulin, Sheila Fischman (Translated by)
$18.00
This title is likely Out of Print or otherwise unavailable

A heartfelt masterpiece about the joys of travel, reading, and companionship.

In rural Canada, dotted along the coast of a vast mauve river, live villagers of different stripes: a recently divorced hydroplane pilot, a factory-worker who closely resembles her fisherman husband, a probing motorcyclist with a pet St. Bernard, a pair of beautiful blonde joggers, and other curious characters.

For all their differences, each is brought together by a soft-spoken man, referred to only as “the Driver,” who travels up and down the coast each season, delivering books to areas not served by libraries and listening closely to the villager’s tales and to their woes.

This summer tour is bound to be different than all the rest. The Driver has made friends with a traveling band of musicians, jugglers, artists, and acrobats who decide to come along for a ride that the Driver has privately decided will be his last.

Jacques Poulin’s compassionate prose delves into the hidden pains of aging and loss without losing sight of the tremendous joy that can be found in making the world a little more livable for other people.

Born in Saint-Gédéon-de-Beauce, Jacques Poulin is the author of fourteen novels. Among his many honors are the Governor General's Award, the Molson Prize in the Arts, the Gilles-Corbeil Prize, and the France-Québec Prize. His novels Mister Blue, Translation is a Love Affair, and Spring Tides have been published by Archipelago books. He lives in Québec City.

Sheila Fischman has published more than 125 translations of contemporary French-Canadian works. Fischman was named to the Order of Canada in 2002 and to the Ordre national du Québec in 2008; in the same year, she received the Molson Prize in the Arts.

"Poulin continues his oeuvre of quiet, unimposing fiction with this delicate tale of a Quebec City bookmobile owner whose solitary life is upended after he meets an alluring woman . . . Narrated in ponderous, poetic prose, the brief text successfully harnesses a range of themes, made potent by the melancholy mix of the Driver’s fear of aging and the lure of romance. Poulin once again shows his knack for grace and nuance."
--Publishers Weekly

"Rich with humor, reflection, and the almost palpable magic of books, Autumn Rounds is a novel that explores an intimate yet expansive landscape."
--Foreword Reviews (starred review)

"What a luminous little book this is.  Nothing could have made me happier than to have it transport me to its realm.  Long may its motivations reign—the sheer love of books, an informed awe at the natural world.  I felt I was my better self for having read it."
--John Silber

"One of my favorite writers in the world is Jacques Poulin."
--Rawi Hage

"One of the finest and most underrated novelists in Québec."
--The Globe and Mail

"Poulin shares a mix of detached humor, fantasy, and compassion with Vonnegut and Salinger."
--Saskatoon Star-Phoenix

"For decades Poulin has been teaching us that great literature can be about small things: the language of love and the love of language, the pleasure of solitude and the grief of loneliness, the value of work and the importance of play. While each of his novels stands on its own, together they create a world that is instantly recognizable and immediately endearing."
--Alyson Waters, Yale University

"Poulin is a master of imagery and dialogue: they rest like froth on top of something much more murky and morose: an underlying fear of emptiness."
--The Silhouette

"Autumn Rounds is a subtle, beguiling novel about books and nature, a meditation on forming connections and finding love late in life that has the feel of a travelogue, both charming and melancholy at the same time . . .  It’s a bittersweet, quietly powerful novel, a soothing balm for the soul, and there’s something about the goodness and kindness of the people within its pages that touches the heart."
--Radhika Pandit, Radhika's Reading Retreat

"This is a great and very beautiful novel."
--Le Devoir

"Poulin’s style is discreet. He knows he has us in his gentle grip but he will not intrude with privileged knowledge of his characters’ interiors . . . This narrative, produced with such a light touch, has a beguiling effect – a muffled anxiety at its core, a surprising life-or-death debacle in miniature . . . I’ve never used the term 'endearing' in a review to describe a novel. But there it is."
-- Ron Slate, On the Seawall

"A story that just naturally flows, and doesn't try too much. But Poulin's restraint nevertheless manages to incorporate a lot – without ever even tending towards the ponderous. He has a unique style and approach, and
Autumn Rounds fits in very much with his other work; so many authors try way too hard with so many aspects of their work, but Poulin is unambitious in exactly the right way . . . A very agreeable read."
--M.A. Orfother, Complete Review
Praise for Translation is a Love Affair -

"For Jacques Poulin, in this miniature masterpiece of tenderness and humour, translation is more than the passage from language to language, it is the essence of our human condition: giving and taking, teaching and learning, experiencing and sharing experience, a love affair with our fellow human beings."
--Alberto Manguel

"We fall under the spell of this heartwarming, human novel, penned by Jacques Poulin at the summit of his art."
--Mieux Vivre

"If familiarity and surprise have become the trademark of Poulin's novels, it is evident that Translation is a Love Affair does not deviate from this model; and Poulin's reader continues to read as he/she would pay a visit to relatives, as much to reoccupy a familiar world as to discover that which is new."
--Canadian Literature

"Autumn Rounds is an exceptionally gentle novel, a quiet romance with ruminations on aging, books, friendship, and the pleasures of landscapes and nature ... What gives [it] mass and momentum are all the little pieces that it seamlessly fits together."
--Danny Yee, Danny Yee Book Reviews