In Their Own Words (Hardcover) 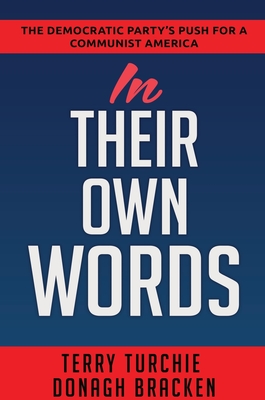 In Their Own Words answers, an important question on the minds of many Americans-what is happening inside America"s Democratic Party today? During the 1980s, before the collapse of the Soviet Socialist Republics, prominent Democratic leaders Bernie Sanders and Bill De Blasio were ardent supporters of Marxist Daniel Ortega and his Nicaraguan revolution. Ortega was the man of the people, intent on forming a socialist government of equality in the Central American country. Today Ortega crushes dissent from the people he "liberated," joining Nicolas Maduro of Venezuela as just another "elected" dictator who has destroyed his country through the implementation of socialism. But who from the media is questioning the horrendous judgment of Sanders and De Blasio back then, as they actually push the same policies for America now? In Their Own Words shines the light on the insidious nature of socialism as the transformative step towards communist utopia. The problem is-the "utopia" part never happens. This book explains why. . (R. Jean Gray, Special Agent in Charge, Soviet Counterintelligence, FBI, New York, Retired).