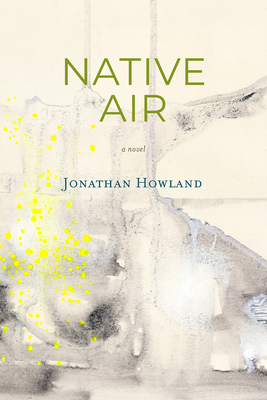 In a debut novel from Green Writers Press by Jonathan Howland, the austere beauty and high exposure of mountain adventure provide the context and the measure for what it means to be alive for climbing partners Joe Holland and Pete Hunter—until one of them isn’t.  When the book opens, it’s the mid-80s. Joe Holland, the novel’s narrator, is a climber and a seeker, but mostly he’s Pete Hunter’s shadow. The two meet in college and spend the next ten years living at the base of any rock that appears scalable, most of them near Yosemite and California’s High Sierra. The joys and strains of their friendship comprise the novel’s first half. In the second, the bare bones–obsession, grief, love, and repair—come into stark relief when Pete’s grown son Will calls Joe back into climbing, into the past, and into breathless vitality.

Jonathan Howland lives in San Francisco. After 36 years teaching and working in independent schools, he now alternates between climbing trips in western states and writing, gardening, and playing with two grandchildren at home. Also: cooking, yoga-ing, and coyote-sighting in the Presidio of San Francisco, which he frequents with Courtney and their dog Ike. His favorite writers include Melville and Morrison and Marlon James, Faulkner and Woolf and Chekhov, though if limited to just one, Emily Dickinson.

“You know there are people whose obsession is big-wall climbing. You may have seen the documentaries, read the articles, perhaps even read a memoir. But you’ve never read anything that takes you so deep inside the anchoritic psyche of helpless, abject cliff worship. The narrator is ambivalent, and supremely observant, his partner the absolutist. See Ishmael and Ahab, Sal Paradiso and Dean Moriarty. This is literary fiction of a high order, with a physical immediacy and specificity that never let up, and then a riveting next-generation denouement. The final top-out will destroy you. Climb on.” —William Finnegan, The New Yorker; author of Barbarian Days


​"As a lifelong climber, climbing writer and student of mountaineering literature, I want the world to know: Jonathan Howland’s Native Air is the novel that we American climbers and readers of serious fiction have been waiting for. This book is the first true literary deep dive into the austere beauty, deep friendships and high emotional cost of the lives we’ve all led in America’s great empty spaces, tilting at mysterious windmills, chasing truths and dreams we can never quite name. Howland is the real deal—as a climber, a writer, and a deep thinker about the human condition. Native Air belongs on the bookshelf of not just every climber but anyone whose heart registers the beauty and danger of exposure.” —Daniel Duane, author of Lighting Out, A Golden Year in Yosemite and the West, and A Mouth Like Yours

“In Native Air I was drawn in by the human story—rich, tragic, compelling—and the vivid portrayal of the climbing itself. Both elements felt real and raw and true. For me, it all works. ” —Michael Kennedy, climber, photographer, writer, and past editor of Climbing and Alpinist