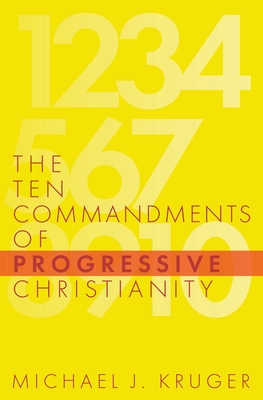 By Michael J. Kruger
$7.99
Available from our Distributors - Usually arrives in-store in 2-7 days

In 1923, J. Gresham Machen, then a professor at Princeton Seminary, wrote his classic text, Christianity and Liberalism. The book was a response to the rise of liberalism in the mainline denominations of his own day. Machen argued that the liberal understanding of Christianity was, in fact, not just a variant version of the faith, nor did it represent simply a different denominational perspective, but was an entirely different religion. Put simply, liberal Christianity is not Christianity.

What is remarkable about Machen's book is how prescient it was. His description of liberal Christianity--a moralistic, therapeutic version of the faith that values questions over answers and being "good" over being "right"--is still around today in basically the same form. For this reason alone the book should be required reading, certainly for all seminary students, pastors, and Christian leaders.

Although its modern advocates present liberal Christianity as something new and revolutionary, it is nothing of the sort. It may have new names (e.g., "emerging" or "progressive" Christianity), but it is simply a rehash of the same well-worn system that has been around for generations.

The abiding presence of liberal Christianity struck me not long ago when I came across a daily devotional from Richard Rohr that listed ten principles he thinks modern Christianity needs to embody. These ten principles are actually drawn from Philip Gulley's book, If the Church Were Christian: Rediscovering the Values of Jesus. In that devotional series, ironically titled "Returning to Essentials," Rohr sets forth the ten principles as a kind of confessional statement of modern liberalism (while at the same time pretending to deplore confessional statements). They are, in effect, a Ten Commandments for progressive Christianity.

Indeed, these ten sound like they were gathered not so much on the mountaintop as in the university classroom. They are less about God revealing his desires and more about man expressing his own--less Moses, more Oprah.
But take note: each of these commandments is partially true. Indeed, that is what makes this list, and progressive Christianity as a whole, so challenging. It is a master class in half-truths that sound appealing on the surface until you dig down deeper and really explore their foundations and implications. Benjamin Franklin was right when he quipped, "Half the truth is often a great lie."

In these ten short chapters we will diagnose and critique each of these tenets, offering a biblical and theological response to each, and dipping occasionally into Machen's classic volume. If the church is going to hold fast to "the faith that was once for all delivered to the saints" (Jude 3), then we must be able to distinguish the true faith from those things that masquerade as the true faith.

My hope and prayer is that this brief volume will make that vital task just a little bit easier.