Rise of the Alchemist (Paperback) 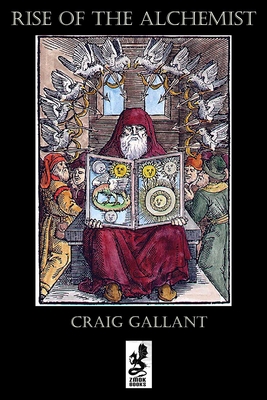 A steampunk alternative history set in the US, 100 years after the failed revolution.  The first novel in a shared author universe where crystals open a door to magic

After the failed revolution of the American Colonist, Benedict Arnold is able to carve out a kingdom of his own called Albion and still break free of England.  In the year 1880 in the Kingdom of Albion, Nicholas Hawkes sets out on a journey to find the keys of magic thorugh a philospher's stone.  His journies take him across the new world in search of this wonder and against those in the numerous petty kingdoms that would try to stop him.

Craig is from Bedford New Hampshire where he does his best to warp space and time to fit far more activity into each day than anyone, including his wife, thinks would be advisable. During the day Craig teaches Theatre and Literature courses to the intrepid students of Milford High School. After hours Craig actively pursues kickboxing and mixed martial arts, and is one of the two hosts of the wildly mediocre and not-too-horrible general gaming podcast The D6 Generation. He is husband to a remarkably supportive wife and father to clearly the smartest, cutest, and most promising three year old on the planet (an entirely objective assessment). Craig plays games whenever he can find the time and the opponents, ranging from his recent favorite, a classic South American dice game called Perudo, to whatever the local tabletop war-game flavor of the month happens to be. And in all the voluminous free-time this schedule allows, Craig writes.

Always an avid reader and a writer for his own pleasure, recently Craig has been able to parlay that dream into a stunningly-exciting reality. For two years now Craig has written articles, rules, short stories, and background fiction for companies such as Spartan Games and Fantasy Flight Games. Craig has written several books for Zmok Books including tie ins for WIld West Exodus, Antares and several stand alone books.