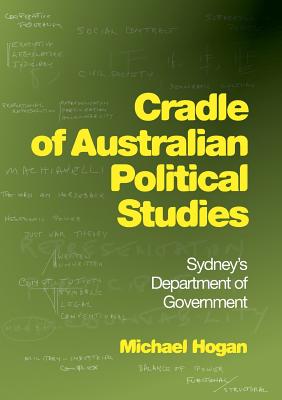 The Department of Government has fostered research and taught political science to students under various names since two lecturers were appointed to teach Public Administration in 1917. It is recognized as the first school of politics in Australia and has earned the title of Cradle of Australian Political Studies. While the major developments within the Department are chronicled in this book, its story is in many ways a reflection of the general history of Australian university education over the last century. It had its origins at a time when university education was a preserve of the well-to-do, suffered through the years of Depression and war, then emerged into a completely new era in the late 1940s when the university sector underwent massive expansion. That caused considerable stress to all institutions, but also provided great opportunities for staff and students. The scope of the discipline of politics itself underwent radical change with the social and political developments of the 1960s and 1970s. From the beginning of the 1990s universities were forced to abandon a collegial management style and adapt to a competitive corporate environment. The Department of Government was caught up in that development, which threatened its very existence. Corporate management demands, along with the continuing unfolding of a knowledge revolution based on computer technology, provide the challenges for the future.