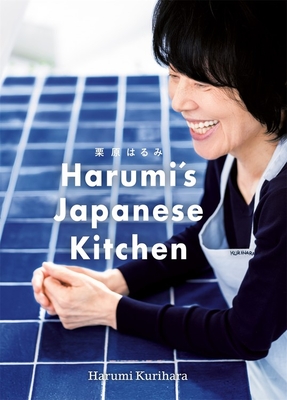 By Harumi Kurihara
$24.99
Available from our Distributors - Usually arrives in-store in 2-7 days

'Ms. Kurihara's television cooking shows, housewares stores, cookbooks and food magazines have propelled her to rock-star status in Japan ... Her food has both a delicate balance of flavours and a stylish mashing of influences' - The New York Times
Japanese cooking demystified with 53 new recipes from one of the world's bestselling authors of Japanese cuisine.
In Harumi's Japanese Kitchen, Harumi Kurihara takes it back to basics and shows you how to master Japanese recipes to impress friends and family.
With an enticing design and foolproof step-by-step photography, Harumi presents 53 recipes in her trademark approachable style, organized into chapters of Meat & Fish, Vegetables, Rice, Noodles & More and Desserts. There's also information on ingredients and utensils, making dashi and how to correctly prepare and cook rice.
A phenomenon in her native Japan, Harumi's books have sold more than 20 million copies worldwide. Harumi's Japanese Kitchen, published to tie in with Harumi's television programme of the same name, aims to make Japanese cooking accessible to all.

Harumi Kurihara's cooking, lifestyle books and magazines have made the charismatic former housewife a phenomenon in her native Japan and she has sold more than 20 million copies worldwide. She currently has more than 60 shops and cafés in Japan that sell her homeware, cookware and clothing ranges. Her success is rooted in her effortless, down-to-earth and unpretentious approach to stylish living and eating, which follows a philosophy of elegance and simplicity. Harumi's own inspiration derives from her traditional upbringing in a big family in central Japan. Later, as a full-time housewife and mother, married to Reiji Kurihara, a former TV anchorman, she found her talent to create delicious, simple to prepare, fashionable meals, without great expense. This skill, combined with her eye for simple, beautiful and practical home decoration has made her the most celebrated lifestyle authority in Japan.