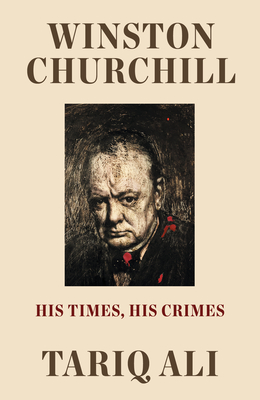 The modern Churchill cult is out of control, closing down debate and encouraging support for twenty-first-century wars. The wartime leader has become a household god for many, preserving an antiquated vision of Britain still shared by all three parties. Yet, was he anything more than a plump carp happy to swim in the foulest of ponds to defend the Empire?

Churchill himself never bothered to conceal his passionate defence of the British Empire or its attendant racism. On a more personal level, his complacent self-belief influenced his every step and frequently tripped him up. As the head of the British Navy during the First World War, he was responsible for a series of calamitous errors that cost thousands of lives. His attempt to crush the Irish nationalists left wounds that have yet to heal. His attacks on striking workers in Glasgow and Tonypandy, his posturing when calling in the army to burn two anarchists in London’s East End, his vicious propaganda during the General Strike were not forgotten or forgiven.

Even during the war against Germany, the most revered period of his career, Churchill’s crimes abroad continued, including the brutal assault on the Greek Resistance, the Bengal Famine that cost over 3 million Indian lives, the all-out assault on civilians in Dresden and Hamburg, and the insistence on the use of nuclear weapons in Japan. Postwar, he continued to cause harm in Iran and Kenya. His is a terrible record, amply documented in Tariq Ali’s indictment.

Tariq Ali has written more than two-dozen books on world history and politics—the most recent of which are The Extreme Centre, The Dilemmas of Lenin and The Forty-Year War in Afghanistan—as well as the novels of his Islam Quintet and scripts for the stage and screen. He is a long-standing member of the Editorial Committee of New Left Review and lives in London.

“In Ali’s telling, which draws on more honest existing historical scholarship than most popular biographies of Churchill, the two-times prime minister emerges not so much as deeply racist—some of his contemporaries remarked on it in shock—as profoundly authoritarian, with a soft spot for fascist strongmen, and a hostility to working-class assertion.”
—Priyamvada Gopal, Prospect

“Included in the Independent’s Books of the month.”
—Independent

“A powerful corrective … shining a light on the nasty parts of the Churchill story that his supporters conveniently ignore. This book is an unreserved polemic against the man usually celebrated for standing up to Hitler.”
—Martin Chilton, Independent

“An essential antidote to the Churchill myth … This book could not be more timely.”
—Lindsey German, Counterfire