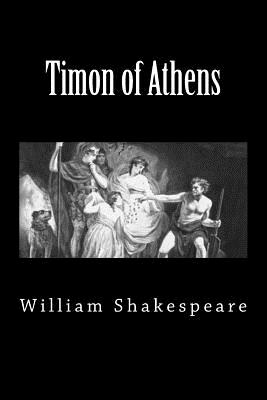 In the beginning, Timon is a wealthy and generous Athenian gentleman. He hosts a large banquet, attended by nearly all the main characters. Timon gives away money wastefully, and everyone wants to please him to get more, except for Apemantus, a churlish philosopher whose cynicism Timon cannot yet appreciate. He accepts art from Poet and Painter, and a jewel from the Jeweller, but by the end of Act 1, he has given that away to another friend. Timon's servant, Lucilius, has been wooing the daughter of an old Athenian. The man is angry, but Timon pays him three talents in exchange for the couple being allowed to marry, because the happiness of his servant is worth the price. Timon is told that his friend, Ventidius, is in debtors' prison. He sends money to pay Ventidius's debt, and Ventidius is released and joins the banquet. Timon gives a speech on the value of friendship. The guests are entertained by a masque, followed by dancing. As the party winds down, Timon continues to give things away to his friends: his horses, and other possessions. The act is divided rather arbitrarily into two scenes but the experimental and/or unfinished nature of the play is reflected in that it does not naturally break into a five-act structure.