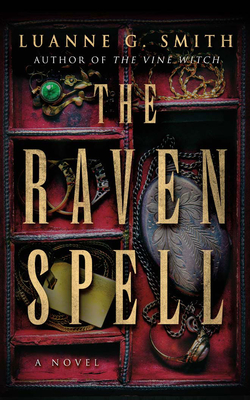 By Luanne G. Smith, Susannah Jones (Read by)
$24.99
This title is likely Out of Print or otherwise unavailable

In Victorian England a witch and a detective are on the hunt for a serial killer in an enthralling novel of magic and murder by the Amazon Charts and Washington Post bestselling author of The Vine Witch.

After a nearly fatal blow to the skull, traumatized private detective Ian Cameron is found dazed and confused on a muddy riverbank in Victorian London. Among his effects: a bloodstained business card bearing the name of a master wizard and a curious pocket watch that doesn't seem to tell time. To retrieve his lost memories, Ian demands answers from Edwina and Mary Blackwood, sister witches with a murky past. But as their secret is slowly unveiled, a dangerous mystery emerges on the darkened streets of London.

To help piece together Ian's lost time, he and Edwina embark on a journey that will take them from the river foreshore to an East End music hall, and on to a safe house for witches in need of sanctuary from angry mortals. The clues they find suggest a link between a series of gruesome murders, a missing person's case, and a dreadful suspicion that threatens to tear apart the bonds of sisterhood. As the investigation deepens, could Ian and Edwina be the next to die?