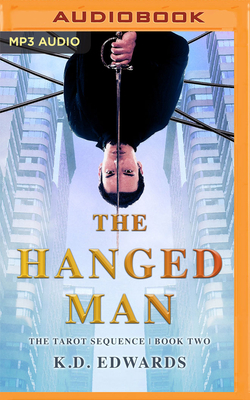 By K. D. Edwards, Josh Hurley (Read by)
$29.99
This title is likely Out of Print or otherwise unavailable

This is book number 2 in the Tarot Sequence series.

The last member of a murdered House tries to protect his ward from forced marriage to a monster while uncovering clues to his own tortured past.

The Tarot Sequence imagines a modern-day Atlantis off the coast of Massachusetts, governed by powerful Courts based on the traditional Tarot deck.

Rune Saint John, last child of the fallen Sun Throne, is backed into a fight of high court magic and political appetites in a desperate bid to protect his ward, Max, from a forced marital alliance with the Hanged Man.

Rune's resistance will take him to the island's dankest corners, including a red light district made of moored ghost ships; a surreal skyscraper farm; and the floor of the ruling Convocation, where a gathering of Arcana will change Rune's life forever.