Gunfight: My Battle Against the Industry That Radicalized America (Compact Disc) 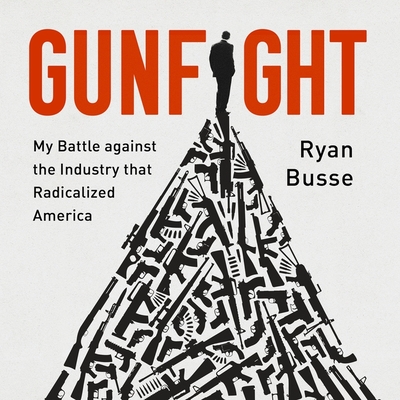 By Ryan Busse, Ryan Busse (Read by)
$40.00
This title is likely Out of Print or otherwise unavailable

A former firearms executive pulls back the curtain on America's multibillion-dollar gun industry, exposing how it fostered extremism and racism, radicalizing the nation and bringing cultural division to a boiling point.

As an avid hunter, outdoorsman, and conservationist--all things that the firearms industry was built on--Ryan Busse chased a childhood dream and built a successful career selling millions of firearms for one of America's most popular gun companies.

But blinded by the promise of massive profits, the gun industry abandoned its self-imposed decency in favor of hardline conservatism and McCarthyesque internal policing, sowing irreparable division in our politics and society. That drove Busse to do something few other gun executives have done: he's ending his thirty-year career in the industry to show us how and why we got here.

Gunfight is an insider's call-out of a wild, secretive, and critically important industry. It shows us how America's gun industry shifted from prioritizing safety and ethics to one that is addicted to fear, conspiracy, intolerance, and secrecy. It recounts Busse's personal transformation and shows how authoritarianism spreads in the guise of freedom, how voicing one's conscience becomes an act of treason in a culture that demands sameness and loyalty. Gunfight offers a valuable perspective as the nation struggles to choose between armed violence or healing.