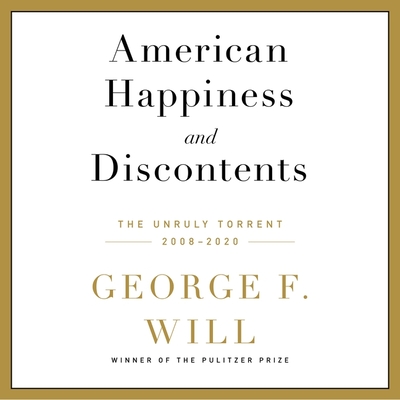 By George F. Will, Jim Meskimen (Read by)
$55.00
This title is likely Out of Print or otherwise unavailable

From Pulitzer Prize-winning columnist George F. Will comes his ninth collection of reflections on our culture, examining the many ways in which expertise, reason, and manners are continually under attack in our institutions, courts, political arenas, and social venues. George F. Will has been one of this country's leading columnists since 1974. He won the Pulitzer Prize for it in 1977. The Wall Street Journal once called him perhaps the most powerful journalist in America. In this new collection, he examines a remarkably unsettling thirteen years in our nation's experience, from 2008 to 2020. Included are a number of columns about court cases, mostly from the Supreme Court, that illuminate why the composition of the federal judiciary has become such a contentious subject. Other topics addressed include the American Revolutionary War, historical figures from Frederick Douglass to John F. Kennedy, as well as a scathing assessment of how state-of-the-union addresses are delivered in the modern day.

American Happiness and Discontents: The Unruly Torrent, 2008-2020 is a collection packed with wisdom and leavened by humor from one the preeminent columnists and intellectuals of our time.