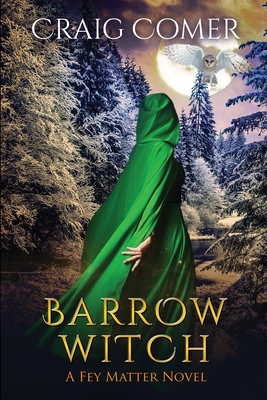 This is book number 3 in the Fey Matter series.

With a treaty to bring peace to the Scottish fey hanging in the balance, Effie of Glen Coe must claim her place as the heart of the Seily Court, if she is to defeat the dark madness of the Barrow Witch.

The treaty that will bring peace to the fey of Scotland is within Effie of Glen Coe's grasp. Yet the lords of London will not consent to such an accord until the madness spreading across the empire is halted, and its source destroyed.

As Effie and her allies hunt for the ancient being known as the Barrow Witch, they uncover her sinister plot. The Barrow Witch has found an alchemic means to transform fey into devilish creatures bent on her will. Using these marauding bands, she seeks to enslave not only the empire, but all of fey kind.

Effie's fight takes her from haunted cities to ruined castles, but it is not until Caledon, Steward of the Seily Court, is captured that she must finally confront her own self-doubts, and the legacy of her family's treacherous past. For only by accepting she has become the very heart of the Scottish fey, can she learn to unravel the schemes of their enemy and rally the empires of man and fey toward an ultimate confrontation with the Barrow Witch.