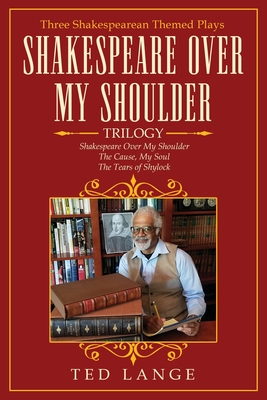 TED LANGE also known as the Brown Bard, personifies the Renaissance Man Theatre Award he received from the NAACP. A graduate of London's Royal Academy of Dramatic Arts, Lange's career has gained worldwide recognition as a gifted actor of stage and screen, revered director, and prolific writer. Lange has penned twenty-five plays including a black viewpoint on the founding of our nation, The Footnote Historian's Trilogy: George Washington's Boy, The Journals of Osborne P. Anderson, and Lady Patriot. His present-day comedies that embrace black culture include Four Queens - No Trump, NAACP Best Play 1997, Lemon Meringue Fa ade, produced off Broadway in New York, and his Black Lives Matter play, Blues in My Coffee, a comedy with a dark twist at the end. Of course, his lifetime passion for Shakespeare is showcased in this trilogy with The Cause My Soul, NAACP Best Play 2017, The Tears of Shylock, and Shakespeare Over My Shoulder. Additional classics, include Behind the Mask, Lange's one-man show on the life of Paul Laurence Dunbar, which toured nationwide, and Born a Unicorn, a musical about the 19th century Shakespearean actor, Ira Aldridge. Lange garnered worldwide fame for his portrayal of Isaac from the Love Boat.