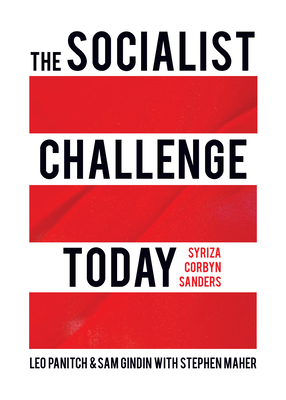 Leo Panitch, Sam Gindin, and Stephen Maher provide a newly updated and expanded primer for twenty-first century democratic socialists. The Socialist Challenge Today presents an essential historical, theoretical, and critical perspective for understanding the potential as well as the limits of three important recent phenomena: the Sanders electoral insurgency in the United States; the Syriza experience in Greece; and Corbyn's leadership of the Labour Party in the United Kingdom. The renowned coauthors compellingly convey the importance of developing strategic and practical capacities to democratically transform state structures so as to render them fit for realizing collective democracy, social equality, sustainable ecology, and human solidarity.

Leo Panitch is a Senior Scholar and Emeritus Distinguished Research Professor of Political Science at York University in Toronto, Canada. Editor of the annual Socialist Register for over three decades, his book (with Sam Gindin), The Making of American Capitalism: The Political Economy of American Empire (Verso Books, 2012), was awarded the Deutscher Book Prize in the UK and the Davidson Book Prize in Canada. Sam Gindin was the Research Director of the Canadian Autoworkers (now UNIFOR) from 1974-2000. Over the next decade he was the Packer Chair in Social Justice at York University. He is the co-author, with Leo Panitch, of The Making of Global Capitalism: The Political Economy of American Empire (Verso Books, 2012). Stephen Maher is Assistant Editor of Socialist Register and a PhD Candidate at York University in Toronto.