The Great Circus Train Wreck of 1918: Tragedy on the Indiana Lakeshore (Disaster) (Paperback) 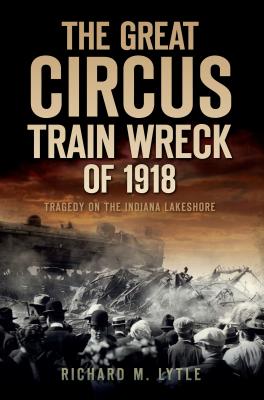 What really happened on the circus train in 1918? Read the story of this tragedy for the entertainment industry of the time.

In the cool, pre-dawn hours on a June night in 1918, a train engineer closed his cab window as he chugged toward Hammond, Indiana. He drifted to sleep, and his train bore down on the idle Hagenbeck-Wallace Circus Train. Soon after, the sleeping engineer's locomotive plowed into the circus train. In the subsequent wreckage and blaze, more than two hundred circus performers were injured and eighty-six were killed, most of whom were interred in a mass grave in the Showmen's Rest section of Chicago's Woodlawn Cemetery. Join local historian Richard Lytle as he recounts, in the fullest retelling to date, the details of this tragedy and its role in the overall evolution and demise of a unique entertainment industry.