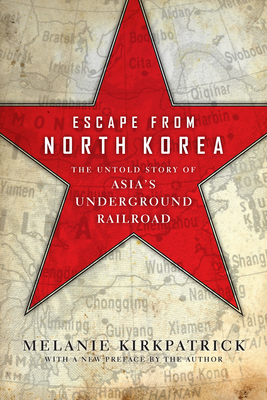 From the world's most repressive state comes rare good news: the escape to freedom of a small number of its people. It is a crime to leave North Korea. Yet increasing numbers of North Koreans dare to flee. They go first to neighboring China, which rejects them as criminals, then on to Southeast Asia or Mongolia, and finally to South Korea, the United States, and other free countries. They travel along a secret route known as the new underground railroad. With a journalist's grasp of events and a novelist's ear for narrative, Melanie Kirkpatrick tells the story of the North Koreans' quest for liberty. Travelers on the new underground railroad include women bound to Chinese men who purchased them as brides, defectors carrying state secrets, and POWs from the Korean War held captive in the North for more than half a century. Their conductors are brokers who are in it for the money as well as Christians who are in it to serve God. The Christians see their mission as the liberation of North Korea one person at a time. Just as escaped slaves from the American South educated Americans about the evils of slavery, the North Korean fugitives are informing the world about the secretive country they fled. Escape from North Korea describes how they also are sowing the seeds for change within North Korea itself. Once they reach sanctuary, the escapees channel news back to those they left behind. In doing so, they are helping to open their information-starved homeland, exposing their countrymen to liberal ideas, and laying the intellectual groundwork for the transformation of the totalitarian regime that keeps their fellow citizens in chains.

Melanie Kirkpatrick is a journalist, writer, and senior fellow at the Hudson Institute. She was deputy editor of the editorial page of The Wall Street Journal, where she was a longtime member of the editorial board and op-ed editor. She lives in rural Connecticut with her husband, Jack David.