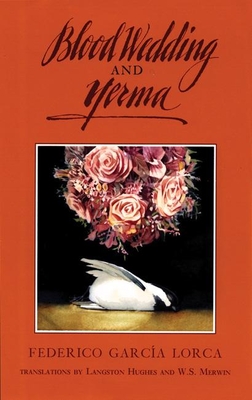 By Federico García Lorca, Langston Hughes (Translator)
$15.95
This title is likely Out of Print or otherwise unavailable

"Mesmerizing and haunting...a lyrical translation." -BroadwayWorld.com "Passionate, primal and poetic...beautifully translated by Langston Hughes." -NOW Toronto " Merwin's] translation reveals this sensitivity, this sense of scale and musicality." -Melia Benussen, Introduction One of Spain's greatest poets and dramatists, Federico Garcia Lorca wrote in many styles but achieved maturity and fame with his peasant plays, Blood Wedding and Yerma, in which impassioned language and imagery accentuate tragic narratives. These never-before published translations unite Garcia Lorca's masterpieces with two of America's most gifted poets, Langston Hughes and W.S. Merwin. The epigrammatic style and unsentimental lyricism of W.S. Merwin heighten the urgency and fervor of Yerma, the story of a woman whose thwarted yearning for a child makes her murder her indifferent husband. Preeminent African-American poet Langston Hughes infuses his version of Blood Wedding--the story of an unwilling bride who elopes with her lover on her wedding night--with the rhythmic intensity and linguistic beauty only a fellow poet could achieve.

Federico Garcia Lorca also wrote The House of Bernarda Alba and A Poet in New York, among other works, before his tragic murder, at the age of thirty-eight, in the Spanish Civil War. Since his death he has become the most-translated Spanish writer in history, surpassing even Cervantes. His twelve major works for the stage have been produced frequently worldwide. Langston Hughes produced more than sixty books of poetry, fiction and essays, as well as Broadway plays, before he died in 1967 at the age of sixty-five. A leader of the Harlem Renaissance, one of Hughes' many honors was his election to the National Institute of Arts and Letters in 1961. W.S. Merwin is the two-time U.S. poet laureate (1999-2000, 2010-2011) and Pulitzer Prize-winning author of numerous volumes of verse, several major translations, and four plays. He received the Fellowship of the Academy of American Poets in 1977 and the Governor's Award for Literature of the State of Hawaii in 1987.