The Metaphysics of Modern Existence (Paperback) 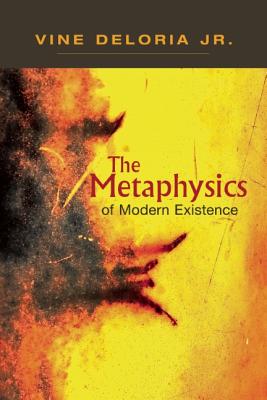 From the most widely read Native American intellectual comes a book that searches for the structure and meaning of reality. Synthesizing ideas from some of the most eminent philosophers of modern times- ideas that have hitherto been given only a perfunctory examination- Vine Deloria Jr. juxtaposes Native American thinking with Western thought.

One of Deloria's most controversial books, The Metaphysics of Modern Existence emphasizes that Native Americans have consistently perceived their realities experientially, confronting the reality of the experience, whereas Westerners often hold academic learning and theories above experience. This difference in perception and thought has had and continues to have very real environmental and political ramifications, not to mention personal and social consequences. Deloria's Metaphysics adroitly answers the often unasked question: what does an Indian think about the modern world.

Vine Deloria Jr. is a leading Native American scholar whose research writings, and teaching have encompassed history, law, religious studies, and political science. He is the former executive director of the National Congress of American Indians. Named by Time magazine as one of the eleven greatest religious thinkers of the twentieth century, he is the author of numerous acclaimed books, including God is Red, Custer Died for Your Sins, Power and Place, and Red Earth, White Lies. Mr. Deloria lives in Golden, Colorado.