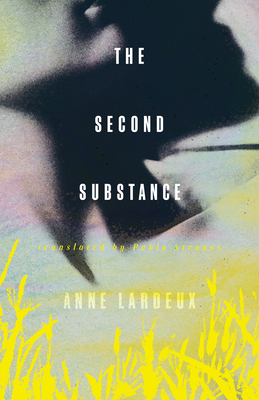 Squatters at a rural gas station try to find freedom and build something new on the ashes of our petrocivilization in this sensual novel.

A community of outsiders takes over an abandoned gas station. They spend their days ripping up asphalt, drinking beer and eating hot dogs, and wandering through woods and towns in search of new ways of living. People come and go: a charismatic landscaper, Italian anarchists, a policewoman, travellers. A teenager drifts into homelessness. And The Girl With No Name keeps a journal of her attempts to meet new people and sleep with them, sex that is "not a sideline" but the motivating force in a story she is struggling to understand.

Neighbors grow hostile. An investigation threatens the community. Tension builds between the surface violence of "normal life" and the attempt of these outsiders to experience freedom and build something new on the ashes of our oil-addicted society.

With a character borrowed from Agn's Varda's Vagabond and inspiration taken from Anne Boyer's writings, Anne Lardeux's highly original debut assembles elements of poetry, film, and visual arts into an exuberant choral novel, an ode to the daughters of fire and to the poetry of the body. Often funny, sometimes raunchy, consistently surprising, never flinching, The Second Substance heralds an important new voice in Quebec literature.

"A revolutionary diary that parses the lines of sex and power, in language that pushes itself around on the page like paint. With echoes of Emma Goldman's if I can't dance, Lardeux's revolution has fucking at its core. The Second Substance is fleshy, cinematic, intuitive." -Tamara Faith Berger, author of Queen Solomon

"A nomadic miscellany of gruff scavengers and would-be pioneers has commandeered the derelict filling station at 69 Rue Principale--an anonymous sensualist and moonlighting authoritarian among them--all jockeying for position at the nexus of self-determination and fate. In Anne Lardeux's enigmatic debut, presented here in a translation by Pablo Strauss, the constant friction between societal strictures and communal revision spark a series of disorderly experiments, abstract epiphanies blasting off in every direction. The Second Substance is a novel about overriding our programming, rewriting our code in order to initiate an even more radical set of protocols for eroticism, destruction, and rebirth." --Justin Walls, Bookshop.org

Anne Lardeux was raised in France and lives and works in Montreal, where she painstakingly follows her ideas and convictions where they lead. Her multidisciplinary practice spans music, film, and writing, and is not easily separable from her social activism and caring work. Together they constitute an unsparingly honest but playful interrogation of how we live that turns up glimmers of hope in unlikely places. The Second Substance (Les mauvais plis) is her first novel.