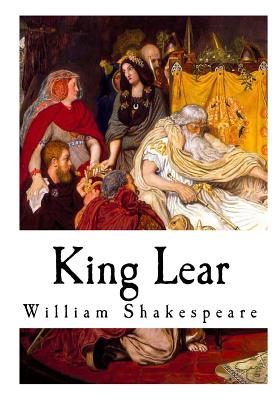 King Lear of Britain, elderly and wanting to retire from the duties of the monarchy, decides to divide his realm among his three daughters, and declares he'll offer the largest share to the one who loves him most. The eldest, Goneril, speaks first, declaring her love for her father in fulsome terms. Moved by her flattery Lear proceeds to grant to Goneril her share as soon as she's finished her declaration, before Regan and Cordelia have a chance to speak. He then awards to Regan her share as soon as she has spoken. When it is finally the turn of his youngest daughter, Cordelia, at first she refuses to say anything ("Nothing, my Lord") and then declares there is nothing to compare her love to, nor words to properly express it; she speaks honestly but bluntly, which infuriates him. In his anger he disinherits Cordelia and divides her share between Regan and Goneril.