The World According to China (Hardcover) 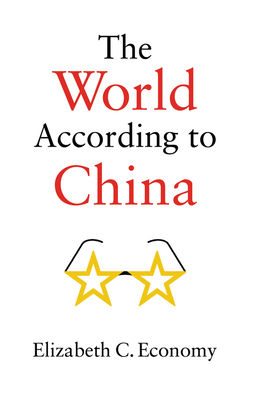 An economic and military superpower with 20 percent of the world's population, China has the wherewithal to transform the international system. Xi Jinping's bold calls for China to "lead in the reform of the global governance system" suggest that he has just such an ambition. But how does he plan to realize it? And what does it mean for the rest of the world?

In this compelling book, Elizabeth Economy reveals China's ambitious new strategy to reclaim the country's past glory and reshape the geostrategic landscape in dramatic new ways. Xi's vision is one of Chinese centrality on the global stage, in which the mainland has realized its sovereignty claims over Hong Kong, Taiwan, and the South China Sea, deepened its global political, economic, and security reach through its grand-scale Belt and Road Initiative, and used its leadership in the United Nations and other institutions to align international norms and values, particularly around human rights, with those of China. It is a world radically different from that of today. The international community needs to understand and respond to the great risks, as well as the potential opportunities, of a world rebuilt by China.

Elizabeth C. Economy, on leave from her position as senior fellow at the Hoover Institution, Stanford University, is Senior Advisor (for China) to the Secretary of Commerce. Previously she was C.V. Starr Senior Fellow and Director for Asia Studies at the Council on Foreign Relations. She is an award-winning author and internationally renowned expert on Chinese domestic and foreign policy and US-China relations. Her books The Third Revolution: Xi Jinping and the New Chinese State, By All Means Necessary: How China's Resource Quest is Changing the World (with Michael Levi), and The River Runs Black: The Environmental Challenge to China's Future (2nd edn) are widely acclaimed and her writings have appeared in Foreign Affairs, Foreign Policy, the New York Times, the Washington Post, and the Wall Street Journal. A frequent guest on nationally broadcast radio and television, she has testified before Congress on US-China-related matters. Politico Magazine has named her one of "The 10 Names That Matter on China Policy."