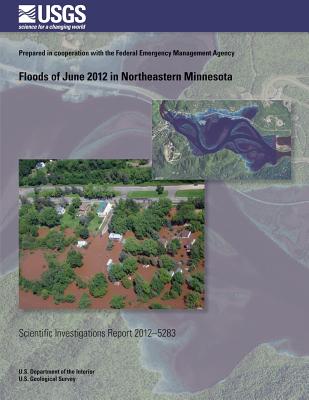 During June 19-20, 2012, heavy rainfall, as much as 10 inches locally reported, caused severe flooding across northeastern Minnesota. The floods were exacerbated by wet antecedent conditions from a relatively rainy spring, with May 2012 as one of the wettest Mays on record in Duluth. The June 19-20, 2012, rainfall event set new records in Duluth, including greatest 2-day precipitation with 7.25 inches of rain. The heavy rains fell on three major watersheds: the Missis- sippi Headwaters; the St. Croix, which drains to the Mis- sissippi River; and Western Lake Superior, which includes the St. Louis River and other tributaries to Lake Superior. Widespread flash and river flooding that resulted from the heavy rainfall caused evacuations of residents, and damages to residences, businesses, and infrastructure. In all, nine counties in northeastern Minnesota were declared Federal disaster areas as a result of the flooding.