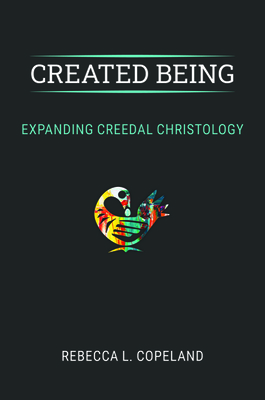 By Rebecca L. Copeland
$40.19
Available from our Distributors - Usually arrives in-store in 2-7 days

The doctrine of the incarnation stands at the heart of Christian faith and formation. Perhaps for that very reason, Christian claims about the incarnation are hotly contested. Specifically, a common critique of the orthodox doctrine holds that the belief that God's becoming flesh in the person of Jesus is a universally significant event causes problems in an increasingly pluralistic world. Some argue that the doctrine supports injustice, others say that it is logically incoherent, and still others find it implausible.

Rebecca L. Copeland undertakes to recover the essence of traditional Christian convictions about the person of Christ. Instead of tempering christological claims to avoid such problems, Created Being argues that it is not the doctrine itself presenting these challenges--rather, the challenges emerge from readings of the doctrine that privilege humanity and, more particularly, maleness. Copeland thus offers a reconstructed Christology that is faithful to creedal insights while answering the justice, coherence, and plausibility challenges raised, all while providing an understanding of Christ's consubstantiality that is inclusive of the entire created order. Feminist and ecotheological critiques further aid in reclaiming the significance of the incarnation for all members of creation.

Homo sapiens, Copeland asserts, are not at the center of the universe, and neither should we occupy the central interpretive role for understanding Christ's importance. Engaging the perspectives of all domains of being, this volume dismantles rigid hierarchies and brings ancient insights into the proper relationships among God, human and creaturely beings, and nature. Created Being presents a cosmic understanding of Christ without losing sight of the particularities of Jesus' personhood. In doing so, this book lays the foundation for a universal soteriology and an ethic poised to address the particular needs of the twenty-first century.