The Last Pharaoh and Other Plays (Paperback) 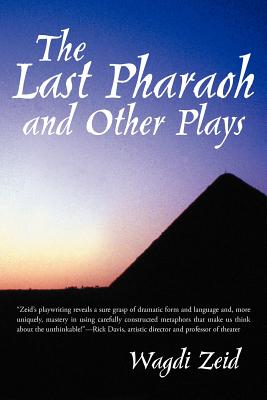 Akhnaton, a pharaoh of the eighteenth dynasty, is about to challenge everything his people and culture hold dear in The Last Pharaoh. Before his rule, Egyptians lived a life of slavery under their rulers, who demanded abject submission. In a culture where rulers are revered as gods, change comes slowly, if at all. The pharaoh's grand vision of sweeping social reform is met with violent hostility by the priesthood and every other power player in the kingdom. When Akhnaton announces that he is, in fact, as mortal and fallible as his subjects, his proclamation inspires rivalries that would enthusiastically put his new mortality to the test. Neighbors struggle with questions of faith, morality, and the social order in Winter Dreams, a two-act play that could take place in any small town in America. When a child preacher stirs up old drama and rivalries, more questions than answers arise. Is he really the voice of God, or are other forces at work? The New Odyssey explores a darker future for humanity. In 1999-as the flames of the disastrous Third World War cool, and the fourth apocalyptic global war looms-a college professor summons Hesiod, Homer, and Shakespeare. He argues passionately to enlist their help in a bold plan to save humanity from its eventual destruction-at the hand of womankind. If he can get these three minds from humanity's past in on his scheme, there may be hope for mankind's future yet.