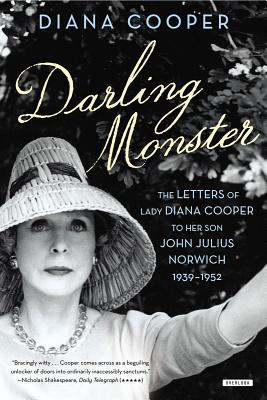 Lady Diana Cooper was an aristocrat, a socialite, an actress of stage and early screen. When she married rising political star Duff Cooper, they became the golden couple who knew everyone who was anyone; they sat at the very heart of British public life. Diana’s letters to her only son, John Julius Norwich, cover the period 1939 to 1952. They take us from the rumblings of war, through the Blitz, which the Coopers spent holed up in the Dorchester (because it was newer, and therefore less vulnerable, than the Ritz), to rural Sussex where we see Diana blissfully setting up a smallholding as part of the war effort. After a spell with the Free French in Algiers, Duff was appointed British Ambassador to France and the couple settled into the glorious embassy in post-Liberation Paris. Over and beyond all the glitz, Diana emerges in these letters as highly intelligent, funny, fiercely loyal: a woman who disliked extravagance, who was often cripplingly shy, who was happiest in the countryside with her cow and goats and whose greatest love and preoccupation were her husband and son. As a portrait of a time and some of history’s most dramatic and important events, these letters are invaluable. But they also give us a vivid and touching portrait of the love between a mother and son, separated by war, oceans—and the constraints of the time they lived in.

Lady Diana Cooper was born on August 29, 1892, daughter ostensibly of the son of the 8th Duke of Rutland, in fact of the Hon. Harry Cust. Defying all her mother's efforts to stop her, she became a nurse at Guy's Hospital during the First World War and married Alfred Duff Cooper, DSO, son of a surgeon from Norwich, who became one of the Second World War's key politicians. Her startling beauty resulted in her playing the lead in two silent films and then Max Reinhardt's The Miracle. For the war effort, Diana converted their seaside cottage in Sussex into a small farm. In 1944, following the Liberation of Paris, the couple moved into the British Embassy, Paris. They then retired to a house at Chantilly just outside the city. After Duff's death in 1954, Diana remained there until 1960, when she moved back to London. She died in 1986.