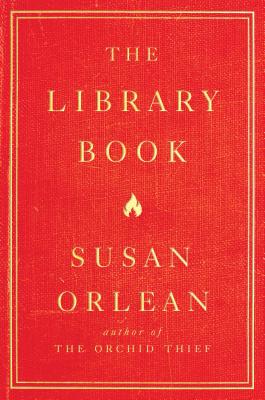 By Susan Orlean
$41.39
This title is likely Out of Print or otherwise unavailable

“There is no one better at investigating the fascinating stories hiding in plain sight than Susan Orlean. The vivid descriptions of the fire that engulfed the Los Angeles Central Library in 1986 are burnished by the meticulous research she did on the history of libraries and on the shocking event that resulted in the destruction and damage of over one million books. The mystery of who would start such a fire is woven between stories of eccentric librarians and the transformation of Los Angeles in the 20th century. From memories of the blissful hours spent in the library of her youth to the historical significance of these repositories of our past, Orlean has crafted a love letter to the importance of the written word and those who devote their lives to its preservation.”
— Luisa Smith, Book Passage, Corte Madera, CA