Dying To Be Me: My Journey from Cancer, to Near Death, to True Healing (CD-Audio) 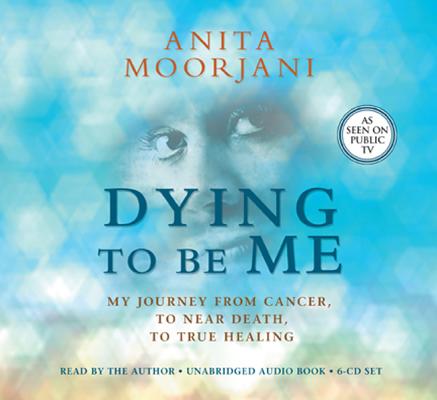 In this truly inspirational audio book, Anita Moorjani relates how, after fighting cancer for almost four years, her body began shutting down—overwhelmed by the malignant cells spreading throughout her system. As her organs failed, she entered into an extraordinary near-death experience (NDE) where she realized her inherent worth . . . and the actual cause of her disease. Upon regaining consciousness, Anita found that her condition had improved so rapidly that she was released from the hospital within weeks—without a trace of cancer in her body! Anita had been pushed and pulled by cultural and religious customs since she was a little girl. After years of struggling to forge her own path while trying to meet everyone else’s expectations, she had the realization, as a result of her epiphany on the other side, that she had the power to heal herself . . . and that there are miracles in the Universe that she’d never even imagined. In Dying to Be Me, Anita freely shares all she has learned about illness, healing, fear, "being love," and the true magnificence of each and every human being!

Anita Moorjani was born in Singapore of Indian parents, yet has lived in Hong Kong most of her life. Because of her background and British education, she is multilingual and grew up speaking English, Cantonese, and an Indian dialect simultaneously; she later learned French at school. Anita had been working in the corporate world for many years before being diagnosed with cancer in April 2002. Her fascinating and moving NDE in early 2006 tremendously changed her perspective on life, and her work is now ingrained with the depths and insights she gained while in the other realm.Website: www.anitamoorjani.com