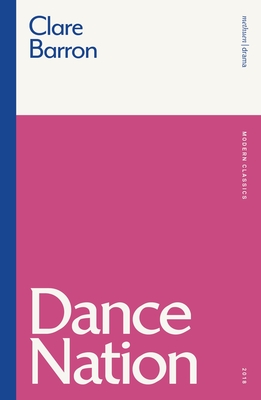 Clare Barron is a playwright and performer from Wenatchee, Washington. In addition to Dance Nation, her plays include You Got Older, which received its world premiere with Page 73 Productions and later appeared at Steppenwolf (Obie Award for Playwriting, Drama Desk Nomination for Outstanding Play, #1 most-recommended play on The Kilroy's List, and Susan Smith Blackburn finalist); I'll Never Love Again, which premiered at The Bushwick Starr in 2016 and was a New York Times Critics' Pick, and Baby Screams Miracle, which premiered at Clubbed Thumb and subsequently was produced at Woolly Mammoth. She won the James Tait Black Prize for Drama in 2019 and was a finalist for the Pulitizer.