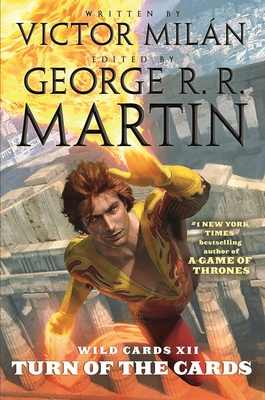 This is book number 12 in the Wild Cards series.

Pursued by the CIA, the DEA, and the Wild Card mistress of the winds, Mistral, renegade biochemist Mark Meadows uses the three personalities buried in his psyche to outwit his pursuers. Fleeing across Europe and Asia, Mark meets a Vietnam veteran with an astounding plan—to lead an army of jokers in a war of conquest. Caught between jokers who despise him and nationalists who want him dead, Mark must decide whether to unleash his ace powers for a madman’s bloody dream, or to stay true to his peaceful ideals—and die.

Acclaimed author Victor Milán (1954-2018) was best known for his award winning science fiction novel Cybernetic Samurai and his fantasy series The Dinosaur Lords. In previous worlds he was a cowboy and Albuquerque's most popular all-night prog-rock DJ.