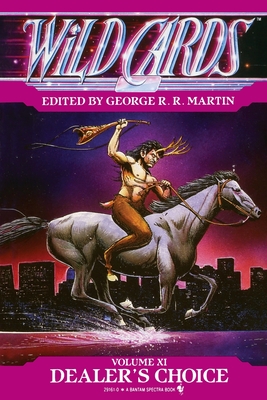 This is book number 10 in the Wild Cards series.

Soon to be a TV show!

After too many disastrous raids and military embarrassments, the Nats order a full-out, no-holds-barred blitzkrieg against Bloat and his genetic outcasts. The mission is clear: destroy Ellis Island, no survivors. As the final battle rages, the Turtle throws in the towel, Modular Man switches sides, Reflector faces defeat, Legion “dies”—and assassins reach Bloat’s chamber. This is it, folks. The final days of the Rox.

“Longtime fans will enjoy surprise appearances by previous notables, sometimes in drastically altered circumstances, and this entry also works well as a standalone. It’s a treat for any fan of superhero stories.” — Publishers Weekly on Low Chicago

“The shared-world series known as Wild Cards has had a long and illustrious history of contributors and achievements.” —SciFi.com

“New readers and fans of the long-running series will both love the fast-paced plotting and the ever-expanding history of the Wild Card virus on this alternate Earth, where even the superheroes are human.” —Shelf Awareness on Lowball