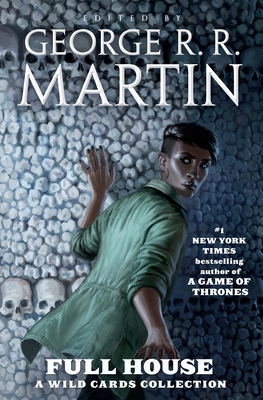 This is book number 30 in the Wild Cards series.

A new collection of Wild Cards stories, previously published on Tor.com and together in one volume for the first time!

In the aftermath of World War II, an alien virus struck Earth, endowing a handful of survivors with extraordinary powers. People with admirable abilities were called aces. Others became physically mutated and were labeled as jokers.

Wild Cards is their story.

"New readers and fans of the long-running series will both love the fast-paced plotting and the ever-expanding history of the Wild Card virus on this alternate Earth, where even the superheroes are human." —Shelf Awareness

"Progressing through the decades, Wild Cards keeps its momentum to the end." —Locus

“Upbeat....Every chapter is solidly entertaining. It’s a treat for any fan of superhero stories.” —Publishers Weekly on Low Chicago

“A genre-hopping, time-jumping, crowd-pleasing chain novel under the curation of old master Martin, he of Game of Thrones fame.”—Kirkus Reviews on Low Chicago