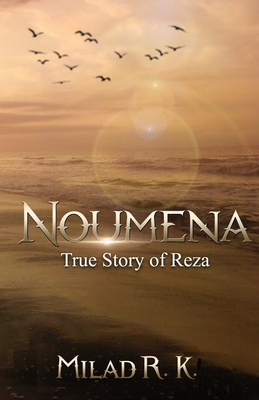 Reza, a reserved Iranian citizen, while living in Iran, won the Green Card Lottery and migrated to the Unites States. As soon as he stepped on American soil, he was arrested. After being accused of defrauding the U.S. out of 4.7 billion dollars, he was ultimately sentenced to 10 years in federal prison.

In this biographical account, Reza chronicles his criminal and personal life, with detailed realism that brings to light certain beliefs and political practices of his native country. Likewise, it showcases the subsequent impact that compelled his choices up until incarceration.

Reza also traces some of his experiences during his seclusion inside of American jails and prisons. His story goes beyond sharing a basic tale. It also discloses how the timing of certain incidents in his life, seemingly coincide with a predetermined mathematical pattern tied to the spiritual world.

This raving, noteworthy read, layered with historical edge, is an interesting glimpse inside the life and times of an eccentric soul.

Sitting on a sofa, drinking warm coffee, having a fresh and relaxed mind are the ideal conditions for writing a story; especially about the hardships of life. Most stories like this would have been written from home, without stress and with lots of concentration. Under these conditions, it would be easy to exaggerate the words in order to expand the small events and to make the reality more emotional.

However, when you go through pain, and at the same time, describe it, you get closer to the truth. This story was written from a prison cell, on multiple pieces of different types of papers. It was typed on an old typewriter, and sometimes the whole page had to be retyped - just because of a single mistake.

All of these efforts have been done to tell the story of Reza; a 30-year-old Iranian man who immigrated to the United States and was arrested the minute he set foot on the Promised Land.

He was accused of a 4.7-billion-dollar loss to the U.S. economy and ultimately sentenced to 10 years of imprisonment for an estimated 1.2 billion dollars loss.

Many of us would be satisfied after reading this cold statement without substance. After all, this anonymous individual from an exotic country - a country deeply hostile towards the U.S. - simply received the punishment he deserved. Others might be willing to listen to the true story of Reza, not just only a criminal, but also an inspiring young man.

Without further delay, I will provide you with a glimpse into his personal life from the streets of Sari, Iran, to an obscure prison facility in North Carolina.