The Astro-Geology of Earthquakes and Volcanoes (Paperback) 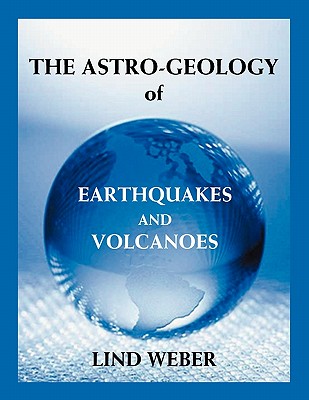 By Lind Weber
$38.45
Available from our Distributors - Usually arrives in-store in 2-7 days
(This book cannot be returned.)

Worldwide, there are approximately eighteen annual earthquakes if magnitude 7.0 or higher. Using all the scientific tools available today, however, geologists and seismologists are unable to predict exactly when and where such an earthquake will occur. The best they can do is to identify areas that have a high probability for a severe earthquake. Astrology does more. The Astro-Geology of Earthquakes and Volcanoes is the result of Lind Weber's extensive research into the planetary influences related to earthquakes. After examining thousands of charts, he identified specific signatures for many of the strongest earthquake-prone areas around the globe. In this extensive book Lind Weber presents his findings, which include the significance of: Signs in the four elements: fire, earth, air, water The Cancer-Capricorn axis Early degrees of cardinal signs Grand Trines in the four elements Planetary placements Aspect intensity Simultaneous events Outer planets Planetary complexes and patterns Approaching and separating aspects Also presented in the author's findings is the astrological distinction between earthquake and volcano charts as well as how volcanic eruptions can indicate a cyclical timing mechanism. He correlates the vulcanism process with solar activity.